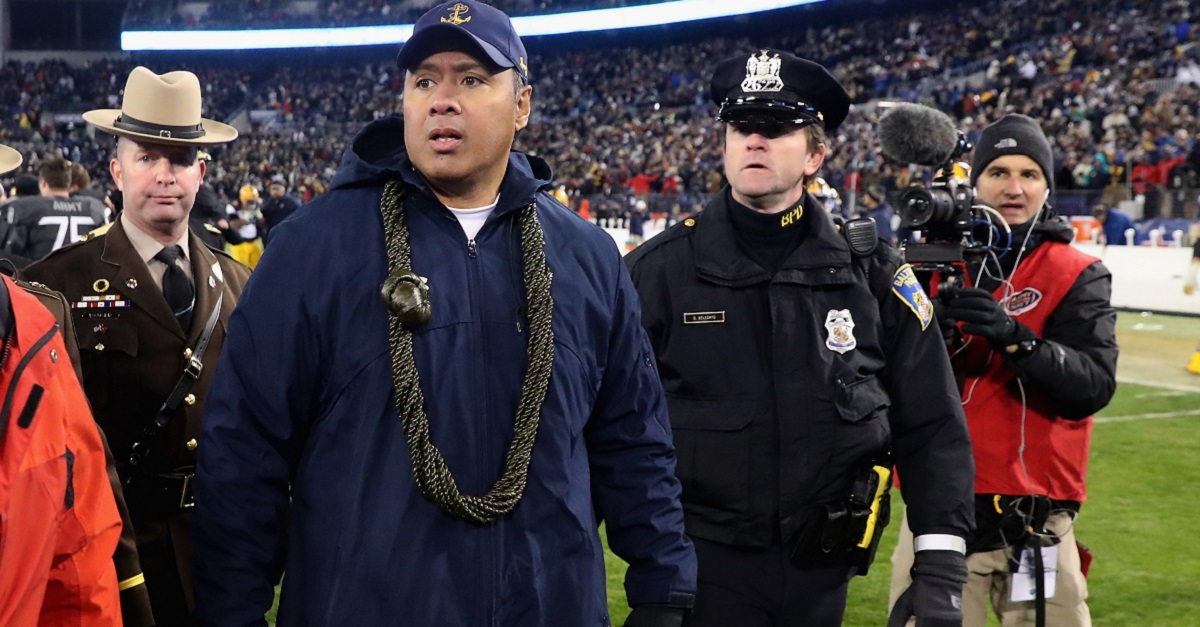 It looks like a favorite may be emerging for the currently vacant Cal Bears head coaching position.

According to FootballScoop.com, Navy head coach Ken Niumatalolo is considered a “strong candidate” for the Cal job. Niumatalolo has been at Navy for the past nine seasons, but has stayed put at the Academy despite his name being in coaching rumors for several seasons.

The move could be very interesting for Cal, as Niumatalolo runs the triple-option based offense that he learned from current Georgia Tech head coach Paul Johnson. A Pac-12 team going to an option offense amid all of the passing that usually dominates that conferences would be an interesting move.

Niumatalolo is 77-42 in his nine seasons at Navy, and he has been at the school for nearly 20 seasons total as both the head coach and as an assistant.

Cal has also reportedly been interested in Vanderbilt head coach Derek Mason, but Mason said on Wednesday that he has no plans to leave Nashville.

Regarding Cal rumors….to my team, our fans & #GoldRush17, I'm firmly Anchored Down in Nashville. Let's Ride! 💫

Cal fired head coach Sonny Dykes on Sunday after four seasons. Dykes was 19-30 in his tenure.