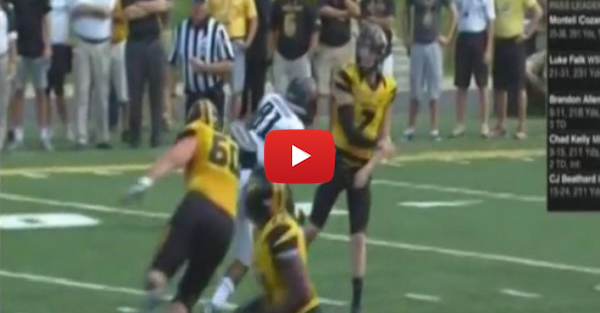 Missouri was playing SE Missouri in an opening game that almost does not seem fair. Apparently SE Missouri’s Kendall Donnerson agreed, as he delivered a rather blatant cheap shot to Missouri quarterback Maty Mauk in the opening minutes of the game.

Naturally, Donnerson was ejected from the game and it would not be surprising if he missed some time with a suspension. That was just a terrible, terrible decision.