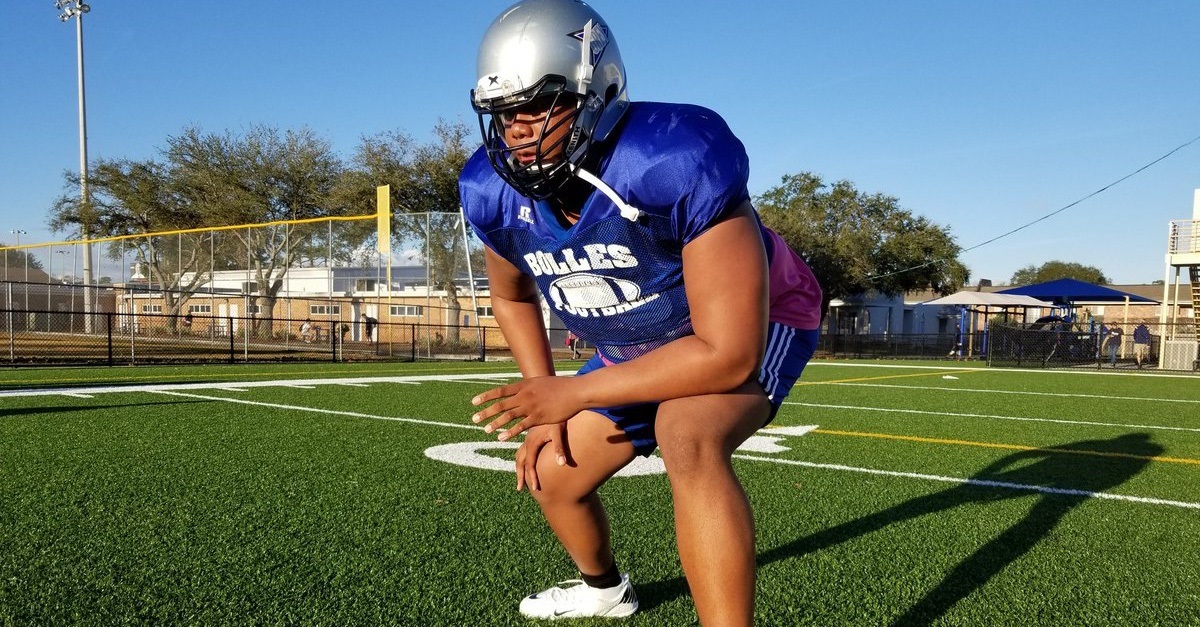 Three-star offensive tackle Nick Lewis has committed to play football at Kentucky, he announced on his Twitter account.

However, Lewis is not a normal three-star prospect for the Wildcats. Kentucky proved successful in flipping the massive 6-foot-9, 348-pound tackle after Lewis previously announced that he would commit to Washington State. He originally committed to Washington State more than three months ago, but ultimately decided to go with the Wildcats instead.

Lewis is No. 53 offensive tackle prospect in the class of 2018 and is the No. 109 overall prospect from the state of Florida, according to 247Sports. He also held offers from Auburn, Missouri, Iowa State and Maryland among others.