50 years ago the SEC almost became a mega conference, but Bear Bryant shut it down 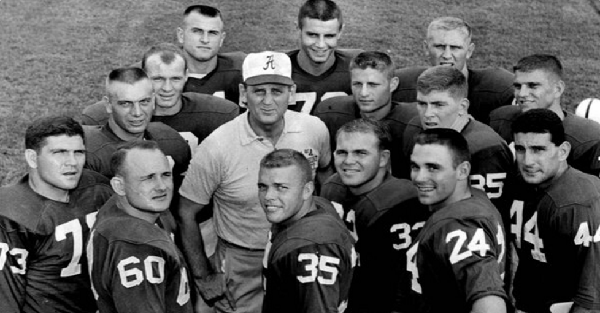 Imagine a conference with the likes of Florida, LSU, Alabama, Auburn, Tennessee and Georgia as the main football powers. Oh wait. You don’t have to because that already exists as the SEC. The conference could have been even nastier if Alabama coach Bear Bryant hadn’t cancelled the inclusion of one school though 50 years ago.

The conference was talking about expansion because it had just lost Georgia Tech and Tulane.

50 years ago today (June 1, 1966), Tulane left the SEC to broaden its “schedule making pattern.” Green Wave may want to have that one back

Both schools are probably regretting that decision now, but it worked out well for the conference. It stayed a ten-team conference until 1990 when it added Arkansas and South Carolina.

Could you imagine how scary the SEC would have been if Miami was apart of it though? The Big East would have looked different too and might have even changed the additions of Texas A&M and Missouri in 2012.