As the clock ticked down to Monday night's inevitable Georgia Bulldogs win over the TCU Horned Frogs in what would be the most lopsided college football playoff victory ever, Alabama fans took to social media. The shared crusade among coach Nick Saban's congregation was simple: After seeing TCU get dismantled with almost surgical precision, Alabama would have been a better CFP selection than TCU.

Sure. Fine. Maybe. But there's one problem with that sentiment: It conveniently forgets that Alabama lost to LSU.

The Elephant in the Room Who Lost to LSU 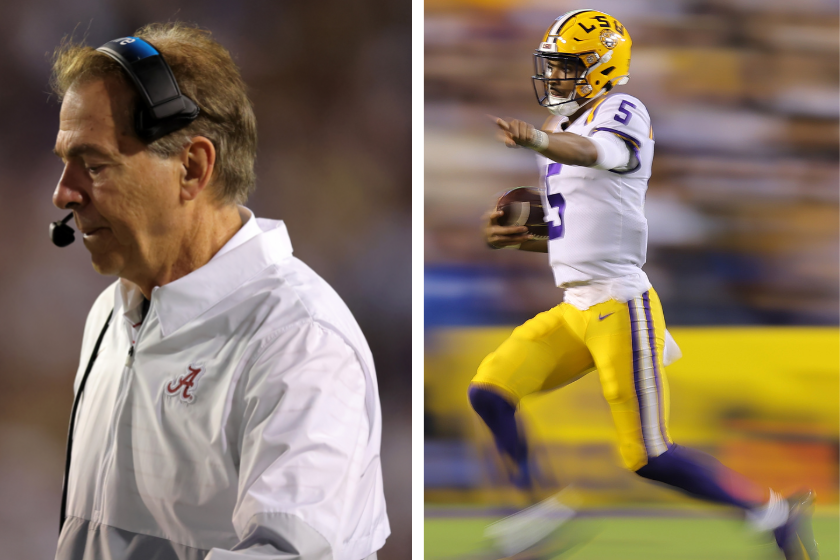 Is Alabama a good football team? Absolutely. There is no denying that Alabama was a top five football program in 2022. Even with its loss to an incredibly potent Tennessee team led by Hendon Hooker, the Crimson Tide still would have had a shot at being named to the College Football Playoff. The only problem is that it would then go on to lose against LSU.

If you're sensing a theme in this article, get ready for more of it. LSU upended Alabama's hopes at a seventh CFP selection in eight years. If Alabama had been able to take down Brian Kelly's Tigers, it would have earned an SEC Championship berth. Regardless of the outcome of that game, as we have seen in the past, Alabama would have had a claim to the fourth and final CFP spot over Ohio State, whose loss to Michigan would have led to a repeat of 2021.

But in the real world, Alabama lost to LSU, tanking its chances at another national championship game.

Even if we're taking a "TCU isn't good" route, hindsight doesn't help Tuscaloosa's supporters either. TCU may have lost in the Big 12 Championship to Kansas State, but at least it was able to play in its conference championship.

The Flawed Alabama Argument: "Rules for Thee, Not for Me" 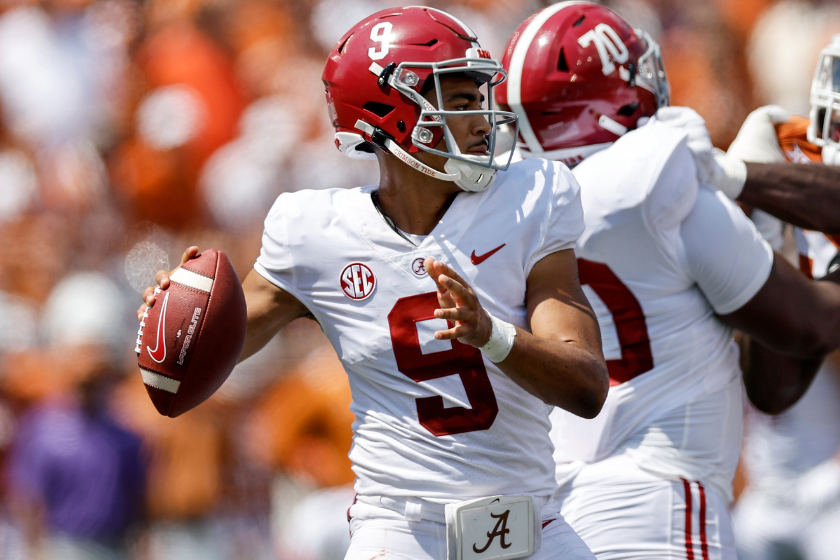 Ahead of the final CFP rankings in early December, Saban did a lot of campaigning for his Alabama team to be considered as one of the final four schools playing on New Year's Eve.

"I think the whole goal is to get the best teams in," Saban said during a Fox Sports segment. "What I would say to the committee or anyone else is, if we played any of these teams that are on the edge or getting in, would we be the underdog, or would we be the favorite?"

If Saban had asked that question on Nov. 4, the day before his team traveled to Baton Rouge, the coach might have had a point. One loss against Tennessee would not be enough to disqualify Alabama from CFP contention. However, after the events of Nov. 5, when LSU's Jayden Daniels found Mason Taylor in the end zone during overtime, the answer to Saban's question flips.

And now, after the confetti has fallen on the Georgia Bulldogs for a second consecutive year, Alabama's grumblings carry less water. If Alabama played Georgia, TCU, Michigan or Ohio State in the College Football Playoff, it doesn't matter if they're the underdog or the favorite. The simple fact remains: If Alabama wanted to be in the 2022 CFP, then it should not have lost to LSU.