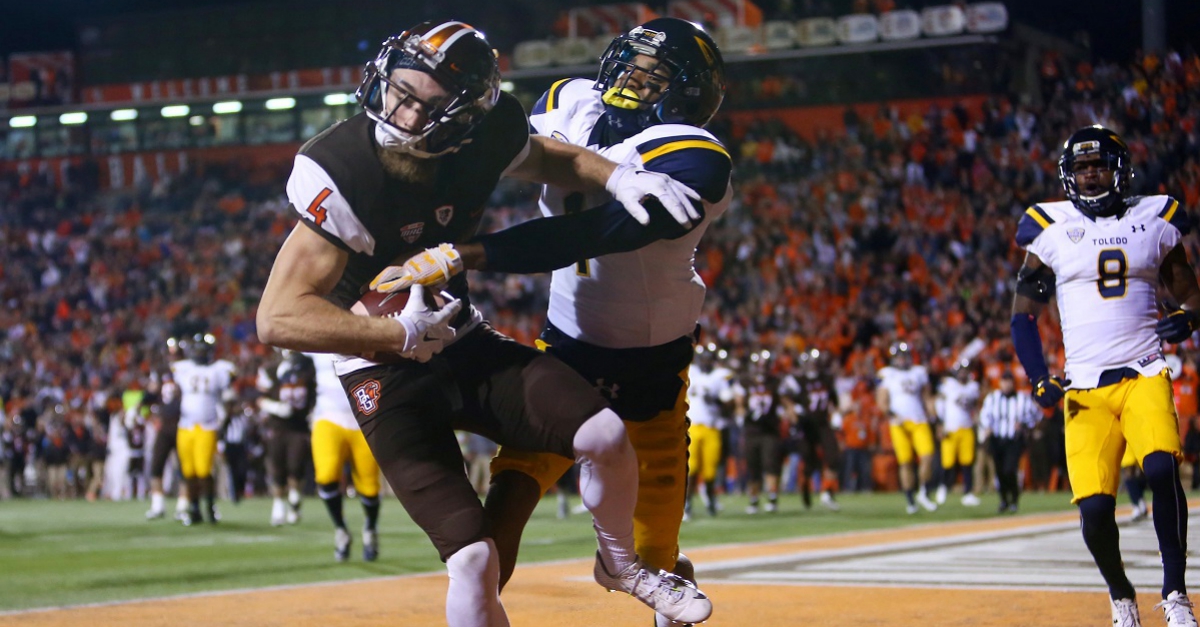 TOLEDO, OH - NOVEMBER 17: Wide receiver Gehrig Dieter #4 of the Bowling Green Falcons catches a pass in the end zone for a touchdown while being defended by cornerback Cheatham Norrils #1 of the Toledo Rockets during the third quarter at Doyt Perry Stadium on November 17, 2015 in Bowling Green, Ohio. (Photo by Andrew Weber/Getty Images)

The Alabama offense got a little bit better on Saturday night, as Bowling Green wide receiver Gehrig Dieter confirmed the rumors that he was transferring to Alabama.

Dieter should be eligible to play immediately as a graduate transfer.

Dieter was one of the featured receivers for a high-octane Bowling Green offense in 2015. Dieter was the team?s leader in receptions with 94 catches, which went for 1,066 yards. He scored 10 touchdowns on the seasons, as Bowling Green went 10-4 on the year.

While Alabama obviously has plenty of talent, Dieter will be a great fit in the Crimson Tide offense. A former three-star recruit, Dieter has nice size (6-foot-3, 207 pounds) and experience at being a teams primary target. With Dieter on board, he only further opens up the big-play potential of Calvin Ridley.