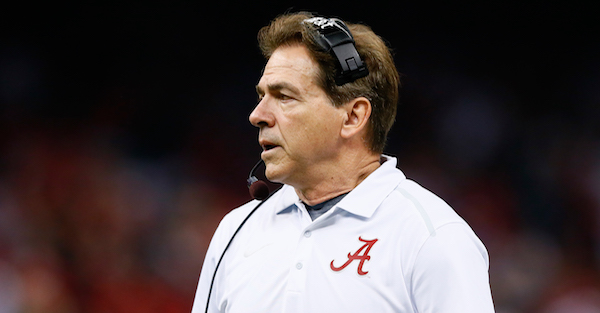 Alabama is down to just two commitments in the 2018 recruiting cycle after four-star running back Dameon Pierce decommitted from the program Thursday:

Pierce is the No. 5 overall running back and hails from Bainbridge, Georgia.

He also has offers from Auburn, Clemson, Florida, Florida State and Georgia among others. He’s projected by 247sports to land at Georgia by the 247Sports Crystal Ball.

Before the decommitment, Alabama ranked No. 49 in the 247sports’ 2018 recruiting rankings.