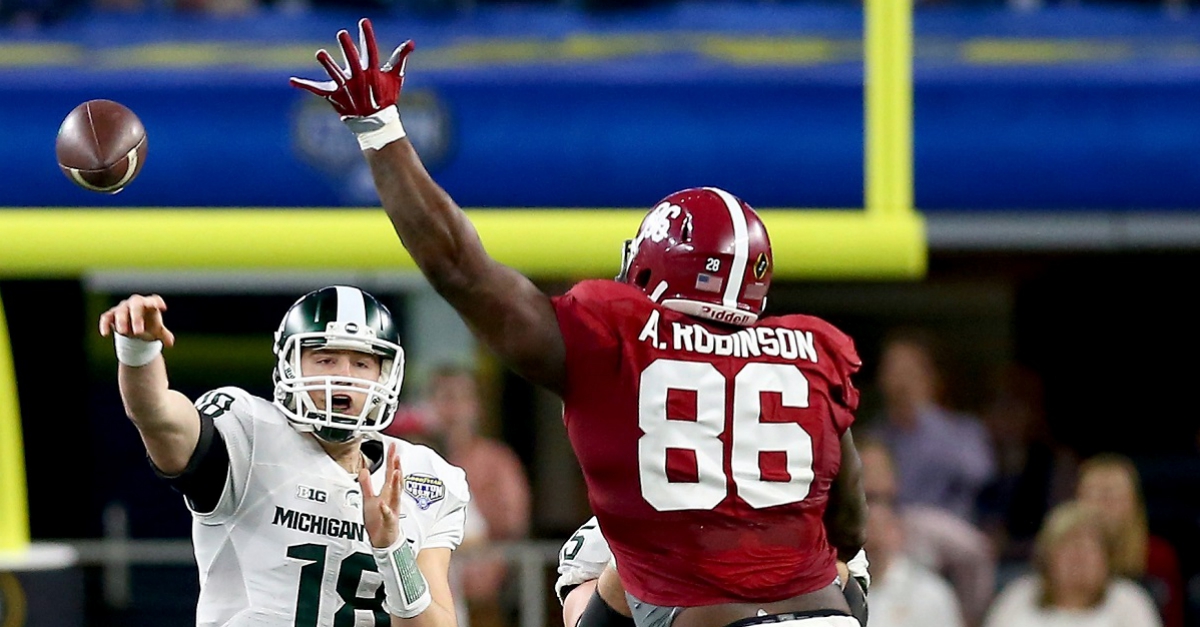 ARLINGTON, TX - DECEMBER 31: Quarterback Connor Cook #18 of the Michigan State Spartans throws the ball over defensive lineman A'Shawn Robinson #86 of the Alabama Crimson Tide in the second quarter during the Goodyear Cotton Bowl at AT&T Stadium on December 31, 2015 in Arlington, Texas. (Photo by Tom Pennington/Getty Images)

Alabama football announced via Twitter on Friday that standout defensive tackle A’Shawn Robinson would be declaring for the NFL Draft.

The 312-pound Robinson has been one of the foundations of Alabama’s amazing front-seven this season, contributing with 46 total tackles (7.5 for loss) and 3.5 sacks. He also blocked a kick this year against LSU, which might be the most impressive feat of athleticism we have seen out of any college football player this year.

Robinson will surely go high in the 2016 Draft, as ESPN’s Mel Kiper currently has him going No. 12 to the New Orleans Saints.