Alabama has a WWE-style championship belt, and it’s glorious 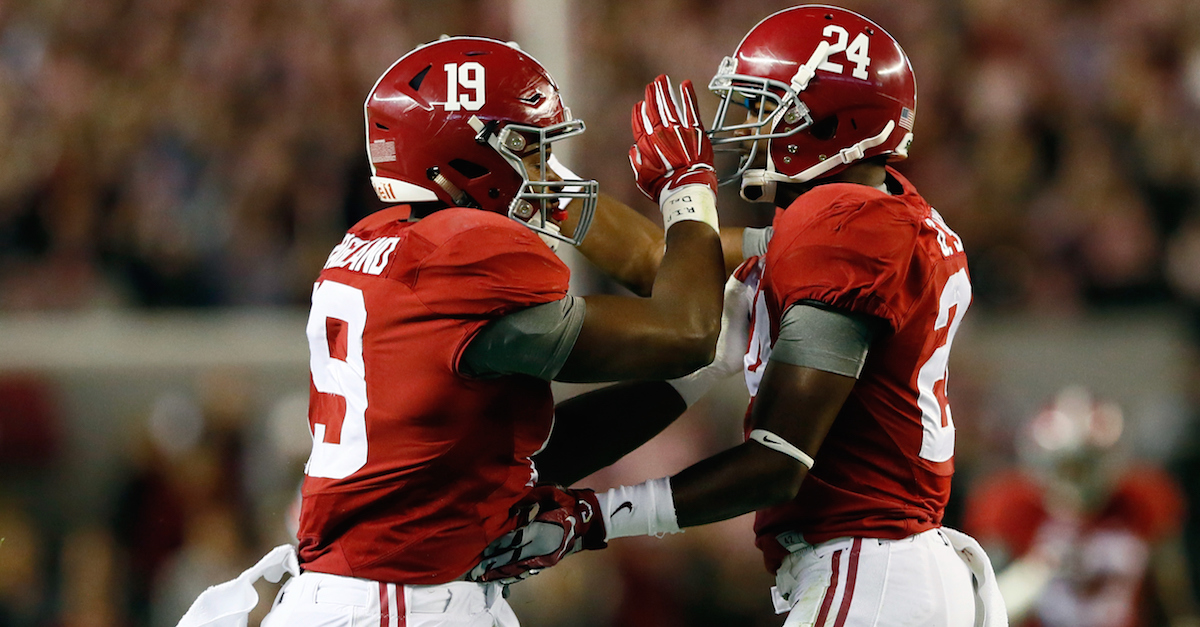 Alabama’s defense is now handing out a pro wrestling-style championship belt called the “Ball Out Champ” and it’s amazing.

“On the belt is says ‘Ball Out Champ,’ Ragland said. “Whoever is ballin’ that day is the champ.”

But it wasn’t the Crimson Tide players that came up with this idea.

“The coaches (thought of it), because a lot of people weren’t really stripping at the ball this past season and we had a down year with turnovers,” Ragland said after practice. “That gave the coaches an idea for guys to start getting after the ball and get the ball out.”

That’s amazing, but no love for the offense? They’ve got to do something to keep up with the stellar defensive coaching staff.