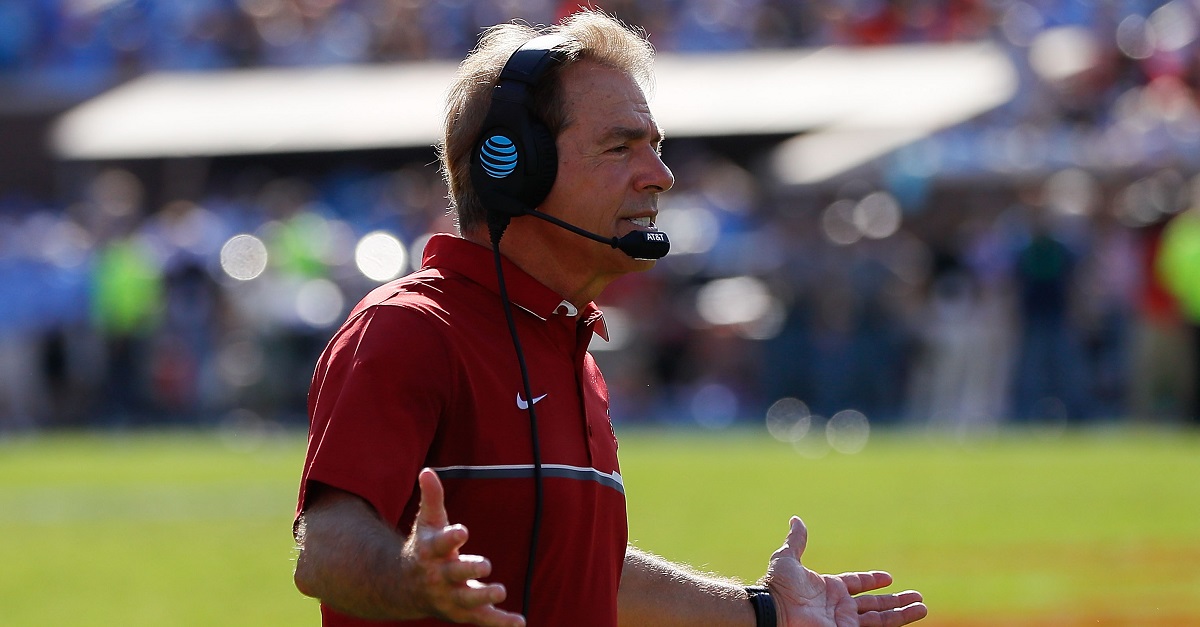 Alabama has plenty of commitments in its 2017 recruiting class right now, but will be losing one according to 247Sports. Aaron Sterling has decommitted from the program and is reportedly considering several other SEC schools like South Carolina, Georgia and Tennessee who are pushing harder to flip him.

The 6’2″, 260-pound is rated as the No. 17 strong side defensive end in the class and No. 39 recruit in the state of Georgia. The Tucker, Ga. product had been committed to the Crimson Tide since Christmas of 2015, but his decommitment now leaves them with 20 recruit commitments in the class.

Here are some of Sterling’s highlights: