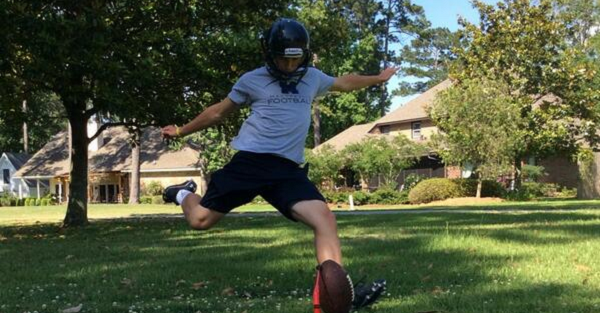 Joseph Bulovas is rated as the top kicker in the country by Rivals and was originally committed to Georgia Tech. That was the case until Tuesday when he decommitted from the Yellow Jackets:

A special thanks to Georgia Tech. pic.twitter.com/ZBg5HtKnCw

Less than 24 hours later he had already made up his mind about where he wanted to go next season:

I am extremely Blessed and excited to announce that I have committed to the University of Alabama!!! #RollTide #TeamSailer pic.twitter.com/FFTM8RUDfe

Adam Griffith was a senior this past season so the Tide will need to find his replacement if he isn’t on campus already in junior Andy Pappanastos. Griffith went 21-for-28 last season and was 66-of-67 on point after attempts.