Former National Champion details what scared him about playing at Alabama 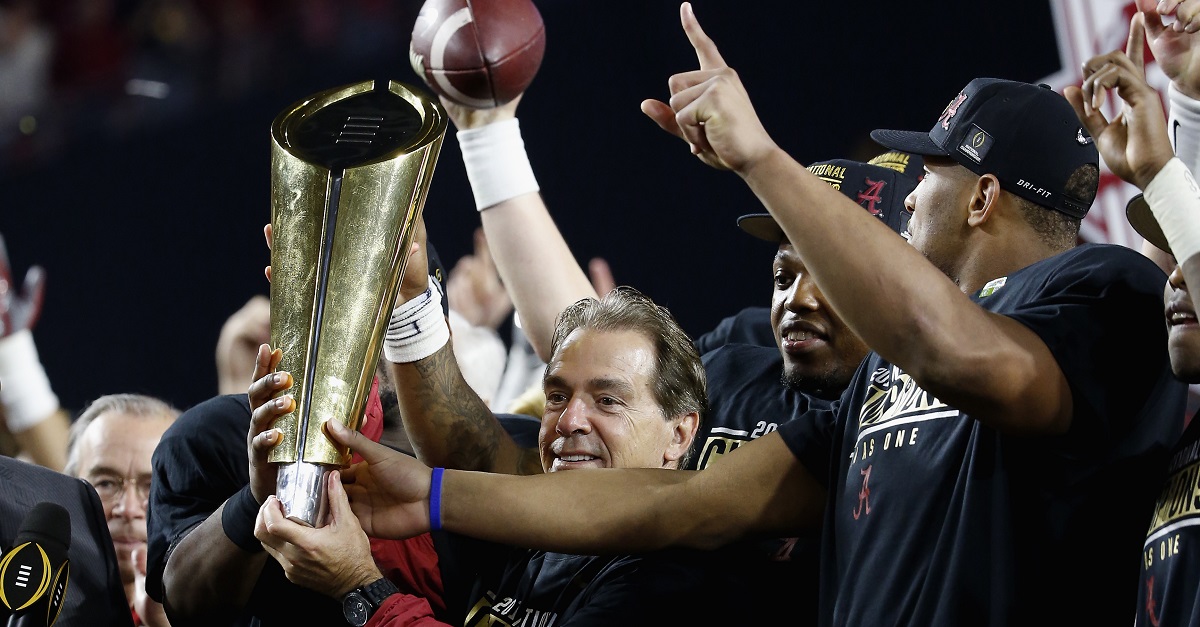 There are many reasons to be afraid of playing for Alabama and head coach Nick Saban. He’s known to be a taskmaster, there’s a pressure to win championships every year and the fans are some of the most intense in the country. Former Crimson Tide running back and Heisman winner Derrick Henry surprisingly revealed that one of those things fueled him while he was in Tuscaloosa.

When asked about his biggest fear during his college career, Henry revealed this to ESPN:

“My single biggest fear every day was that I did not want to be the guy who caused the winning to stop. [My phone was] blowing up all the time with texts and calls from former Alabama players. ‘You better listen to the coaches, you better keep this going, you better stick with the Process.’ I didn’t even know these guys. But now I do the same thing.”

RELATED: Derrick Henry responds after being called out by coach

Winning does breed winning and especially when you’re that afraid to lose. How’s that for pressure?