Bengals head coach “excited about AJ (McCarron) and his future” 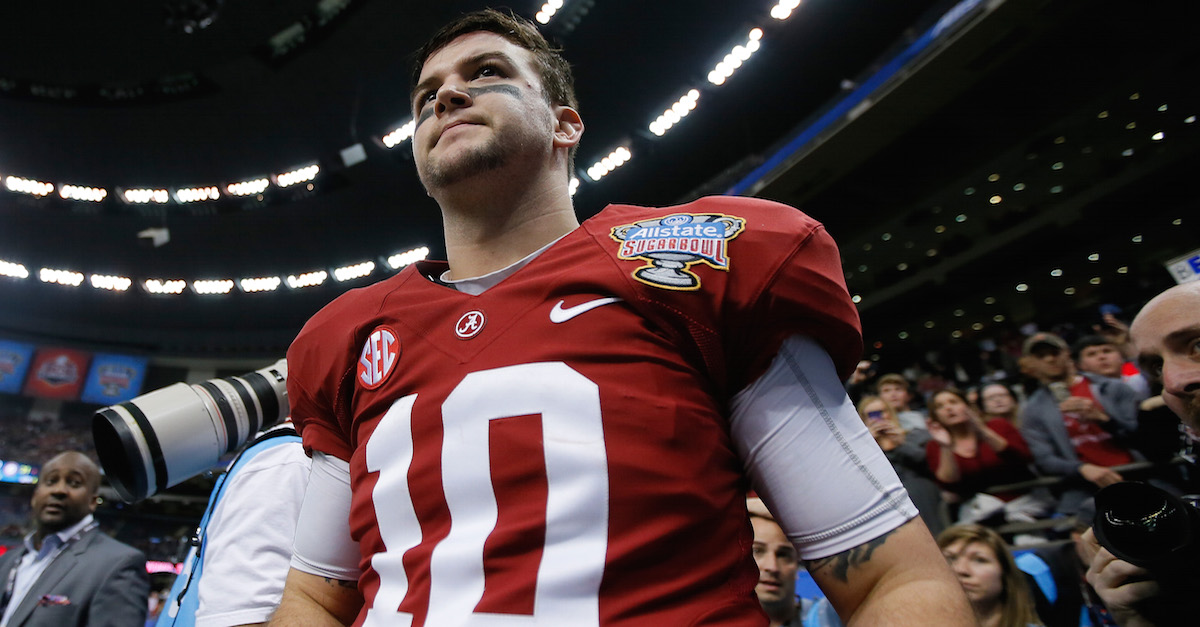 Former Alabama quarterback AJ McCarron didn’t see the field in his first season in the NFL with the Cincinnati Bengals.

Despite a frustrating first season, which he spent most of on the PUP list, head coach Marvin Lewis sees McCarron as part of the team’s future.

From Saturday Down South:

?I will tell you that we?re excited about him for the future,? Lewis said of McCarron at the NFL scouting combine in Indianapolis over the weekend.

?I think he has a great mind for football. We think he?s got the ability to be a good NFL quarterback, a good passer, and obviously he?s got the competitive nature, the make-up of guys that have been very productive in the NFL. So I?m excited about A.J. and his future.?

It’s encouraging to hear Lewis talk about McCarron so highly. But after Andy Dalton inked a six-year deal, it’s hard to see how the former Alabama quarterback fits into the future.