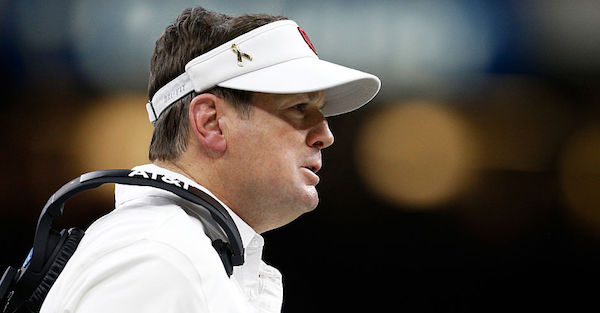 The battle between Alabama and Ohio State for the No. 4 spot in the College Football Playoff was an interesting one and, in short, the reaction to the committee’s choice to roll with the Crimson Tide was mixed to say the least. With that said, we can add a supporter to what the committee came to in the form of Bob Stoops.

Mark Inabinett of AL.com caught up with the now-retired former coach of the Oklahoma Sooners and, before revealing what his choice would have been, Stoops provided a word on the eye test and arguments including it.

?I think the eye test gets skewed quite a bit. To me, it?s all about who you?ve played and what your record is and how you?ve played in those games.?

Then, the money shot arrived with support for the Crimson Tide.

?I thought for sure Alabama with one tight loss compared to the couple of losses that Ohio State had. Even though they?re champions of the league, I still thought overall that would have been my feeling as well ? that Alabama would have deserved that chance.?

The committee clearly favored Nick Saban’s team as well and, in the end, it may have simply come down to the number of losses, including Ohio State’s dismal performance against Iowa. Conference titles and the eye test will always be in the mix but, this time, Stoops and the committee were in line… with a lot of other people.