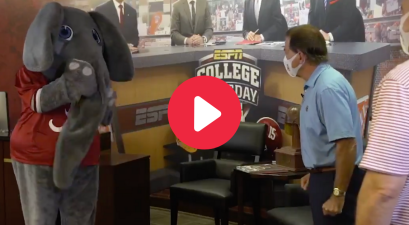 Nick Saban Scolds Big Al for Not Wearing a Mask 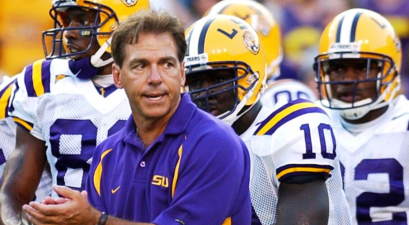 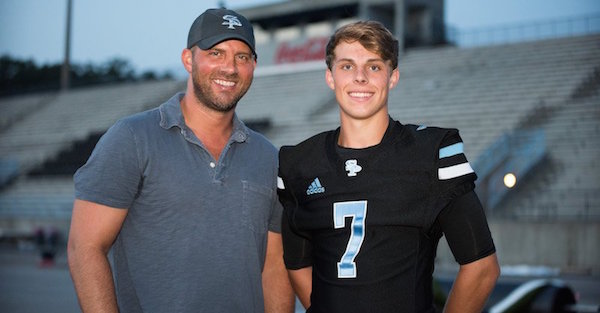 Braxton Barker, the son of former Alabama quarterback Jay Barker, announced his commitment to the Crimson Tide on Tuesday via Twitter.

COMMITTED TO THE UNIVERSITY OF ALABAMA‼️ ROLL TIDE! ALL GLORY TO GOD! 🐘 pic.twitter.com/uDHdnSWrVX

Barker (5-foot-11, 175 pounds) is a pro-style quarterback who will join Alabama as a non-scholarship player. His father was the starting quarterback for the Tide’s 1992 national championship team and ranks sixth in school history with 5,689 career passing yards in 42 appearances. He was also the 1994 SEC Player of the Year and Johnny Unitas Golden Arm Award winner.

The elder Barker spent two seasons in the NFL as a backup for the Green Bay Packers (1995), New England Patriots (1995) and Carolina Panthers (1996) before spending four seasons with the Canadian Football League’s Toronto Argonauts (1998-2001) and one season in the XFL with the Birmingham Thunderbolts (2001).