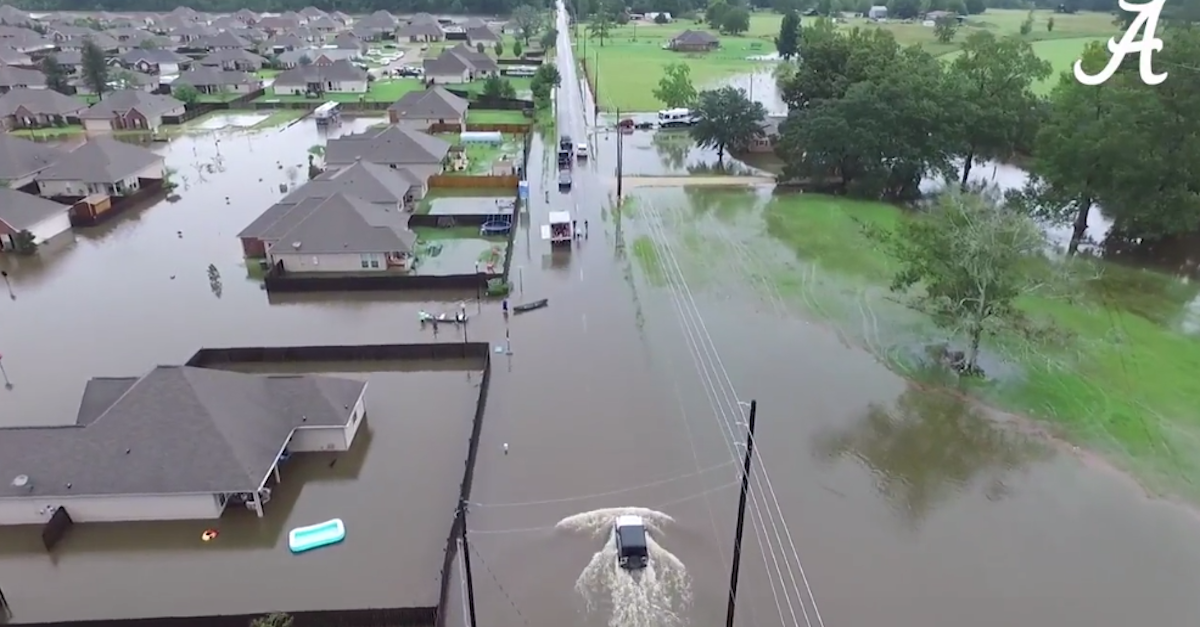 LSU and Alabama fans pretty much hate each other, but there are some things that are greater than sports. Tuscaloosa residents and Tide fans both understand what it’s like to suffer through the devastation of a natural disaster. After a tornado ripped apart the city of Tuscaloosa, support came pouring in from all over the South from friends and rivals alike. Now the Crimson Tide football team is calling on Tide fans and Tuscaloosa residents to repay the kindness and come out to support those that have been devastated by the record flooding in Louisiana.

“When natural disasters occur, like the catastrophic flooding in South Louisiana, football and rivalries take a back seat to providing help to those in need,” Alabama head coach Nick Saban said in a release from Alabama Athletics. “So many people came to the aid of the Tuscaloosa community following the tornado, we wanted to try and do something to give back to those who have lost so much in Louisiana. I’m very proud of our players and our organization for wanting to step up and help.”

The first chance to donate will be at the Yeah Yeah Yeah Yeah 5K on Saturday from 7-11 a.m. at Government Plaza. The Alabama football equipment truck will move to the Tuscaloosa Amphitheater Saturday evening and the truck will then be parked at the Home Depot off Veterans Memorial Parkway from 11 a.m.-6 p.m. from Sunday, Aug. 21-Tuesday, Aug. 23

It's our time to give back. Please donate & help those trying to recover from the floods in South Louisiana. pic.twitter.com/oHZvd0F8Ui

Monetary donations can be made at: www.ccdiobr.org or a check can be made out to Catholic Charities of the Diocese of Baton Rouge (CCDBR). Please put August Flood on the check. The CCDBR is a 501c3 organization and all items and donations go directly to flood victims.