Danny Kanell’s top 8 somehow doesn’t have Alabama at No. 1 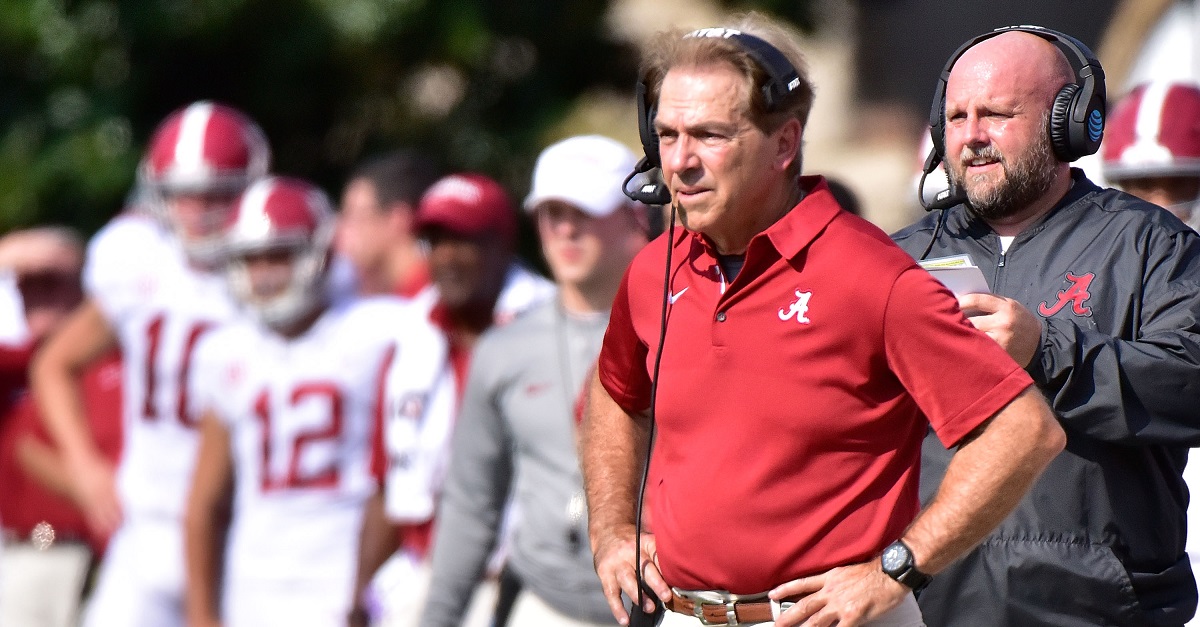 Danny Kanell has been known to be contrarian in his opinions and often enough it’s just for the sake of doing so. It would appear that he’s back at it again. His latest top eight list features Alabama, just not at the top where it clearly belongs after a 59-0 thrashing of Vanderbilt.

Somehow, Clemson’s 34-7 win — which was close until the fourth quarter — is somehow better than beating an SEC opponent away and pitching a shutout. That’s absolutely ridiculous and clearly his ACC favoritism is coming out in this list.

Coincidentally, the rest of his ranking is fine with Oklahoma and USC in the top four, rounded out by TCU, Penn State, Washington and Virginia Tech.