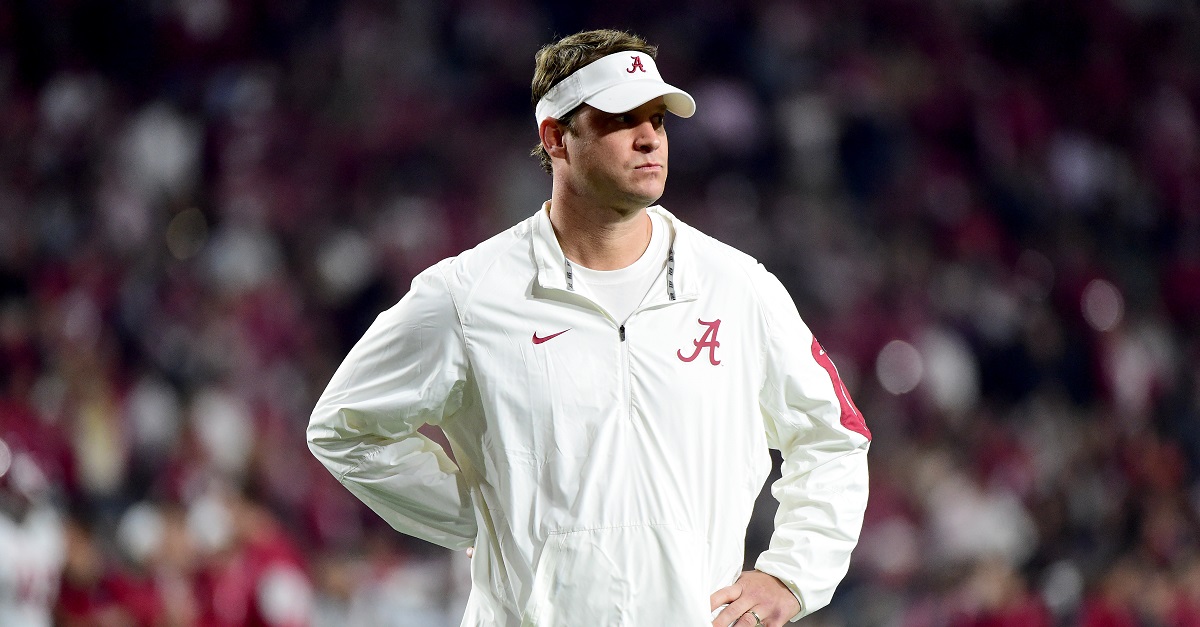 Alabama’s best offensive might have been tight end O.J. Howard, but you wouldn’t know that from the stats he put up in 2016. He recorded 45 catches for 595 yards and three touchdowns last season. One of those touchdowns, four of those catches and 106 of those yards came in the National Championship Game alone.

While his stats aren’t particularly great, his athleticism and size are clear indicators of what he could do at the next level. He’s 6’6″ and 250 pounds, but somehow almost never got the ball from a true freshman quarterback who could have used some easy outlets in the receiving game. That led to some people, including Howard himself, wondering why he never got more touches and he had answer to that at the Senior Bowl in Mobile, Ala.

“I have no idea, honestly man. It was kind of a question mark my whole career about that, but I?ve never been able to give an answer to this day.?

Sounds like a pretty scathing remark about former offensive coordinator Lane Kiffin and his inability to get such a good playmaker involved in the offensive gameplan. Howard is projected as a first round pick right now and ESPN’s Mel Kiper has him going 32 to the New England Patriots. Josh McDaniels and Bill Belichick would certainly find a way to use those talents.