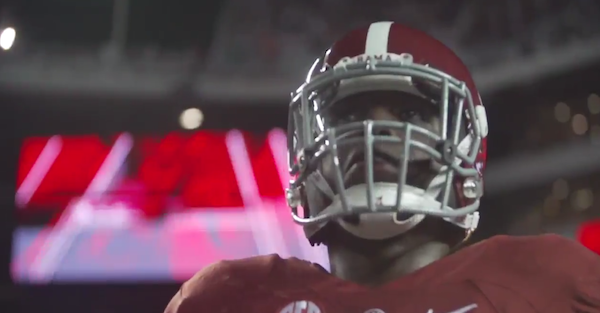 Last year was one for the ages for Alabama running back Derrick Henry. Henry had a record breaking season capped off with a Heisman Trophy and a National Championship and he did it in punishing fashion.  Henry may have been the greatest recruiting victory for Nick Saban at Alabama, who beat out LSU and others for the coveted running back.

In this recently published video Henry details just what it was that brought him to Tuscaloosa.

Derrick Henry on why he chose Alabama. #RollTide #BuiltByBama pic.twitter.com/2ZSpc0brXO