Did Clemson get away with one on play that stunned Alabama? 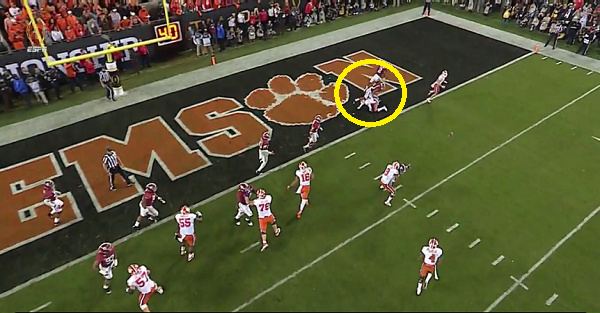 Clemson just won its first National Championship since 1981 and took down the Alabama dynasty on its way to the win. It took some truly incredible plays including some unbelievable catches from tight end Jordan Leggett and receiver Mike Williams.

However, the one that Alabama fans will remember and complain about the most is the last one that gave Clemson the title. It was a pass from Deshaun Watson to Hunter Renfrow that looked very much like a pick play that is supposed to be illegal.

Receiver Artavis Scott seems to straight up push his defender completely out of the way and into Renfrow’s defender. Clemson had done it once before too so it seems the refs didn’t care all that much that it was going on and that happened to be the play that decided a national champion.