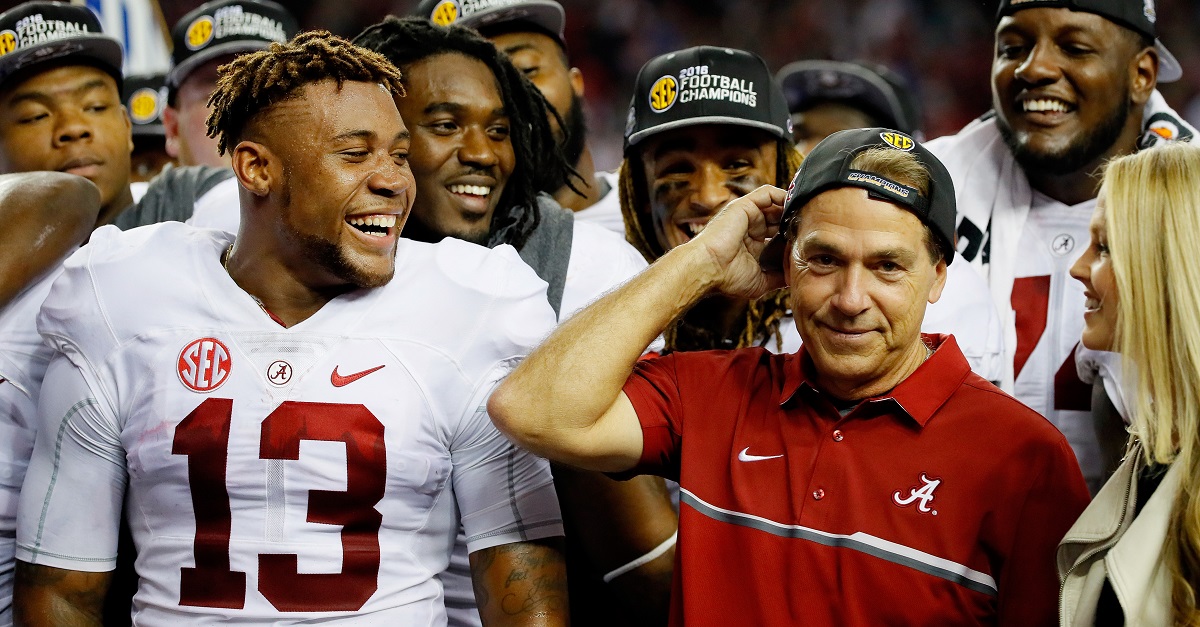 Henry Ruggs III was a U.S. Army All-American and is ranked as a five-star receiver by 247Sports. The 6?0?, 175-pound receiver is also the No. 1 receiver in the class and No. 3 player in the state of Alabama, per 247sports rankings. And that?s where he decided to stay for college, at Alabama.

But it almost wasn’t that simple.

In a story, via AL.com, Ruggs notes if signing day was Monday, he would have been a Florida State Seminole:

“On Monday, Ruggs said it was going to be Florida State. If Signing Day was that day, he would have been a Seminole.

“I won’t say I told them I was committing (during a Sunday night conversation), but I kind of gave them a good word of, ‘Hey, it’s looking good right now. You had the upper hand.'” Ruggs said.

“I was thinking Florida State (if I had to sign on Monday and not Wednesday), but with the way the process went, I’m not sure what kind of calls I would have got at the end or what kind of conversations I’d have had.

“With the way things went, if things had stayed the same, it would have been Florida State.”‘

According to the report, it was Alabama’s relentless recruitment of him that made the difference. He said he heard from “nearly” Alabama’s entire staff in the days leading up to National Signing Day, and evidently that made him feel like a priority. Enough so to inform AL.com that he was going to Alabama before asking them to switch the video ending to Florida State as of late Tuesday night.

He eventually settled on the Tide with his commitment:

Ruggs also had offers from Auburn, Louisville and Miami among others, but this was apparently a two-horse race.