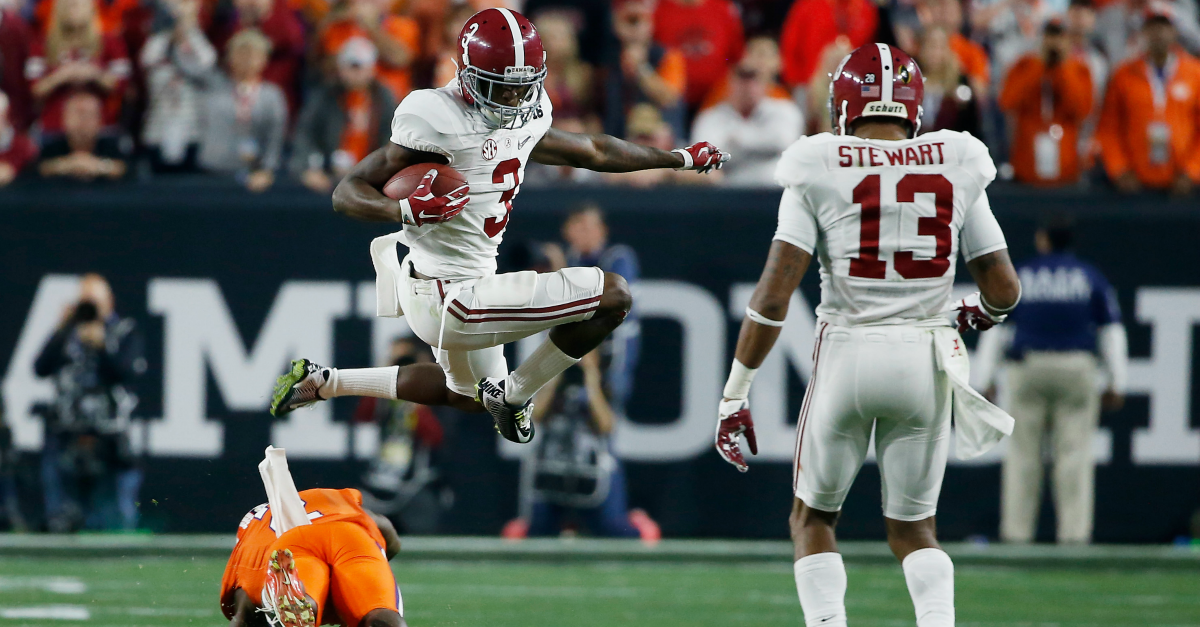 Former Alabama receiver Amari Cooper held a some freshman records until Calvin Ridley came along last season and broke them. He could end up breaking Cooper’s career marks if he continues on this road.

The rising sophomore reeled in 89 catches for 1,045 yards during his freshman campaign and did it by burning opposing secondaries with his elite speed. He has a long way to go to catch Cooper statistically, but one ESPN analyst thinks he already has Cooper beat when it comes to pure running ability.

“He’s a faster Amari Cooper,” ESPN college football analyst Tom Luginbill said on Monday’s Out of Bounds radio show.”Calvin Ridley is the most dangerous wide receiver in the SEC West this season.”

That’s some considerable praise for the young man considering Cooper went in the first round of the 2015 NFL Draft to the Oakland Raiders. To compare speeds, Cooper ran a 4.42 40-yard dash at the combine while Ridley ran a 4.35 at Alabama’s spring testing so make your own judgments there.

Ridley would need 140 catches, 2,419 yards and 25 touchdowns during the remainder of his time with the Crimson Tide to break Cooper’s marks. If he stayed all four years it’s certainly likely to happen, but Ridley is actually older than he should be — he’s already 21 — will probably not waste any opportunity to go the NFL after his junior if he feels he can get picked in a decent round.