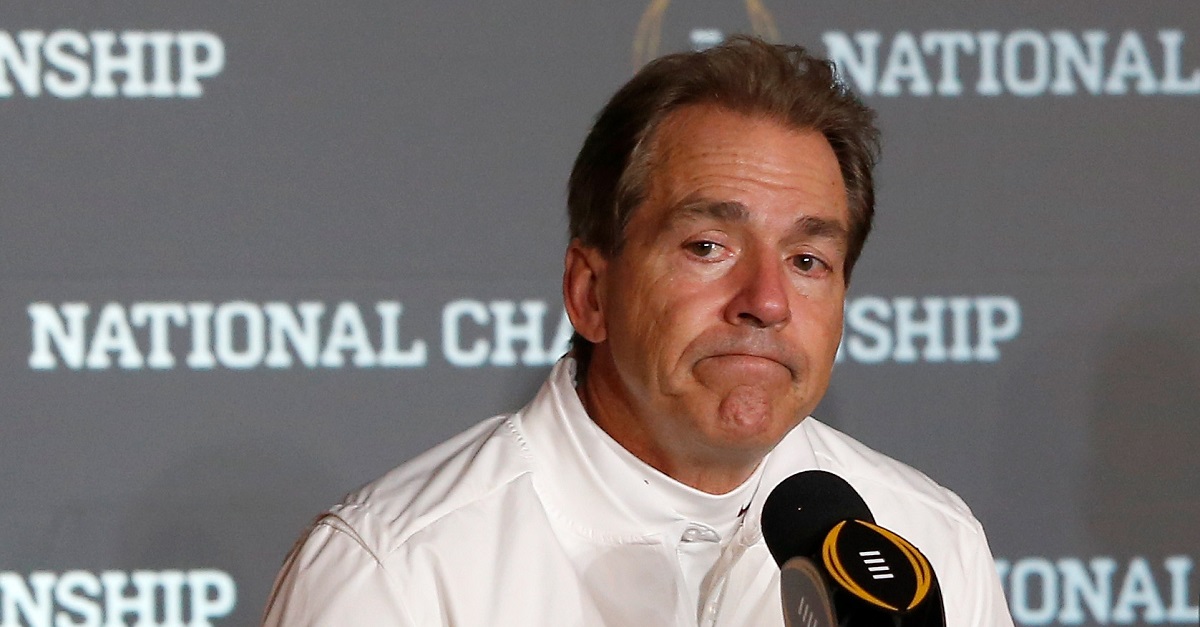 Former Alabama linebacker Reuben Foster has come under some serious fire after getting kicked out of the NFL Combine last week. He was involved in an altercation while waiting for a medical exam and got into a heated argument that eventually led to him being forced to leave the building. Alabama coach Nick Saban came to his defense:

Alabama coach Nick Saban gave his take on Reuben Foster being sent home from NFL combine for a "heated altercation" with a hospital worker. pic.twitter.com/MZ4tgq9BtO

ESPN NFL analyst Trey Wingo wasn’t about to let this go though as he was not impressed with that response.

Not sure who comes off worse here, Saban or Foster https://t.co/EcEIbvE9Eb

He makes a good point that Saban doesn’t come off well in those comments as it definitely sounds like he’s trying to brush it off like it isn’t a big deal. But of course it is because every NFL team is seeing how their potential picks deal with adversity both on and off the field. This was obviously a poor example of how to do that and Saban isn’t taking any blame or putting any on Foster for his actions.

Here is the full transcript of what he said earlier in the week during Alabama’s Pro Day:

This could have been a nice teaching moment for future NFL prospects at Alabama, but Saban botched the opportunity.