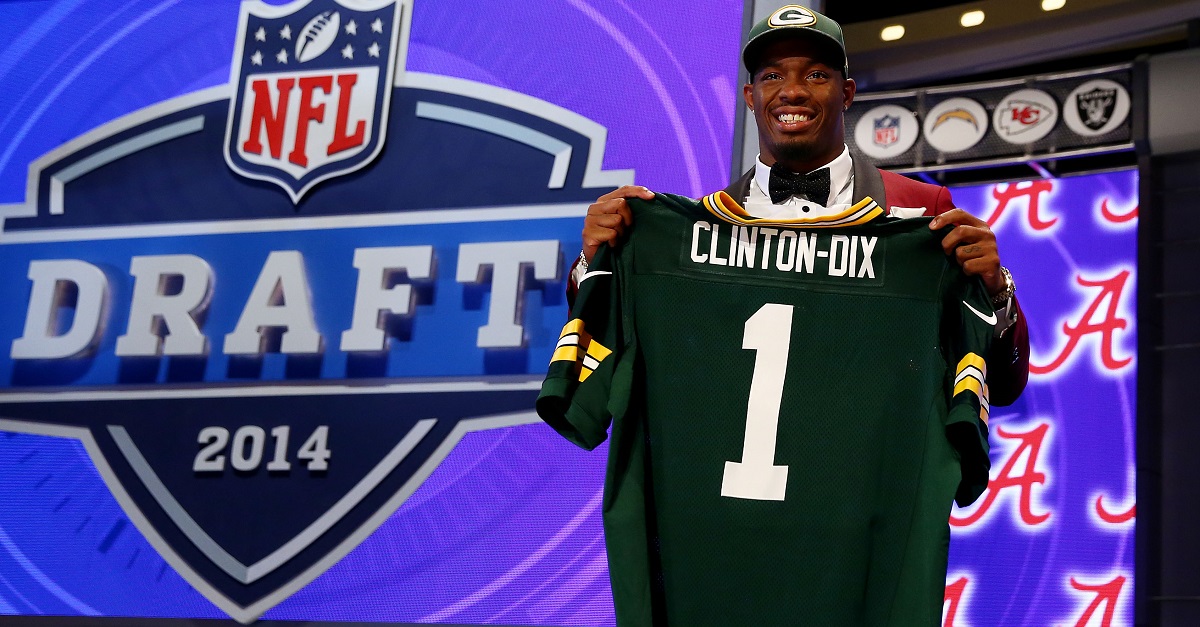 Elsa/Getty Images
NEW YORK, NY - MAY 08: Ha Ha Clinton-Dix of the Alabama Crimson Tide poses with a jersey after he was picked #21 overall by the Green Bay Packers during the first round of the 2014 NFL Draft at Radio City Music Hall on May 8, 2014 in New York City. (Photo by Elsa/Getty Images)

Alabama has plenty of pro-ready players on its roster and that will be proven in April when they are drafted into the NFL. However, ESPN’s Mel Kiper thinks that the Crimson Tide could have as many as six players go in the first round alone.

Alabama could tie the single-season record for most 1st round picks in the #NFLDraft pic.twitter.com/uZCxQ2xs57

The last team to have six players taken in the first round was Miami in 2004, which featured some legendary talent still in the league today. The Crimson Tide has also had a first-round selection every year since 2009 with center Ryan Kelly holding that streak together last year. This April’s draft shouldn’t be an issue though as at least three of these players will definitely be taken in the first round.