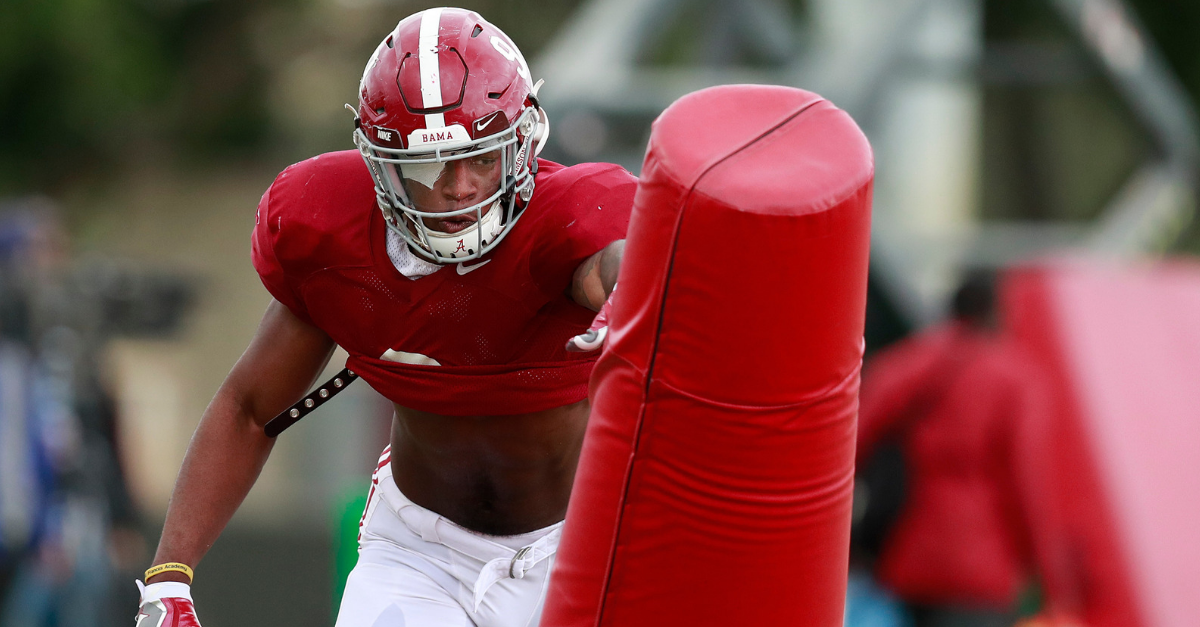 Playing for the Alabama Crimson Tide and head coach Nick Saban is never easy. Not only are there lofty championship expectations year after year, but there also is a ridiculous amount of talent on the roster to compete against. Needless to say, it?s tough to see the field unless you are a complete stud, and it appears one of the top recruits to ever play in Tuscaloosa is looking for a new home.

According to multiple reports, including Matt Zenitz of AL.com, sophomore outside linebacker Eyabi Anoma has entered the NCAA Transfer Portal. In fact, the former five-star prospect is not enrolled in classes at The University of Alabama, either.

My understanding on Eyabi Anoma is that he was suspended by the university earlier this summer and that this latest development with him stems from a separate university level issue https://t.co/Lp0KX0H4ZZ

RELATED: Is Nick Saban Tough to Work for? The Legend Gave a Perfect Response

According to AL.com, Anoma was suspended by the university this summer and there appears to be another “university level issue? this time around.

Anoma, a Baltimore, Maryland native, had put his name into the Transfer Portal earlier this year, but took his name out the next day and participated in Alabama?s spring practices and played well in the annual A-Day Game.

This is obviously tough offseason news for Alabama football. The season opener is a month away. Losing a potential playmaker like linebacker Eyabi Anoma, who registered nine tackles, including two for a loss last year, is unfortunate.

However, it?s not the end of the world. The Tide still have linebackers Dylan Moses, Anfernee Jennings and Terrell Lewis to keep control of the defense. Moses is a former five-star prospect, while Jennings and Lewis were four-star recruits, according to 247 Sports.

As for where Anoma might end up, don?t be surprised if a reunion with former Alabama coach Mike Locksley, who is now the head coach of the Maryland Terrapins, is an option.