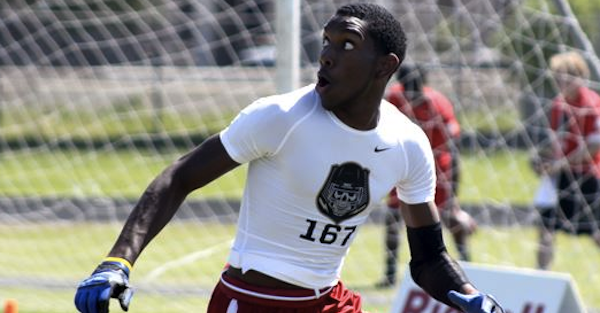 Four-star 2018 tight end Malcolm Epps was once committed to play for Nick Saban and the Alabama Crimson Tide but the talented prospect recently walked back that pledge after nearly a year of commitment. However, Epps isn’t ruling out Alabama just yet, according to a report from Hank South of 247Sports.

“They’re still my number one school. I just wanted the full experience.”

This is, of course, not a binding statement by any means, but given that many recruits torch their previous commitments and never look back, this is a noteworthy comment from Epps in the direction of Alabama. Epps also said, “I wanted to get the full college recruiting process, and I didn’t feel like I was getting that being committed”.

The 6-foot-6, 214-pound is reportedly assessing offers from the likes of Michigan, Florida State, Ohio State, Texas A&M and Texas, and he will be in high demand. At this current moment, Epps rates as a top-150 prospect according to the 247Sports composite and he is the No. 6 tight end overall in the class. That type of profile would be readily accepted at virtually program in the country (including Alabama) but Epps has nearly a full year to make his decision and he appears ready to explore a myriad of options before making a second formal pledge.