Grad transfer QB Garnder Minshew has reportedly made a decision 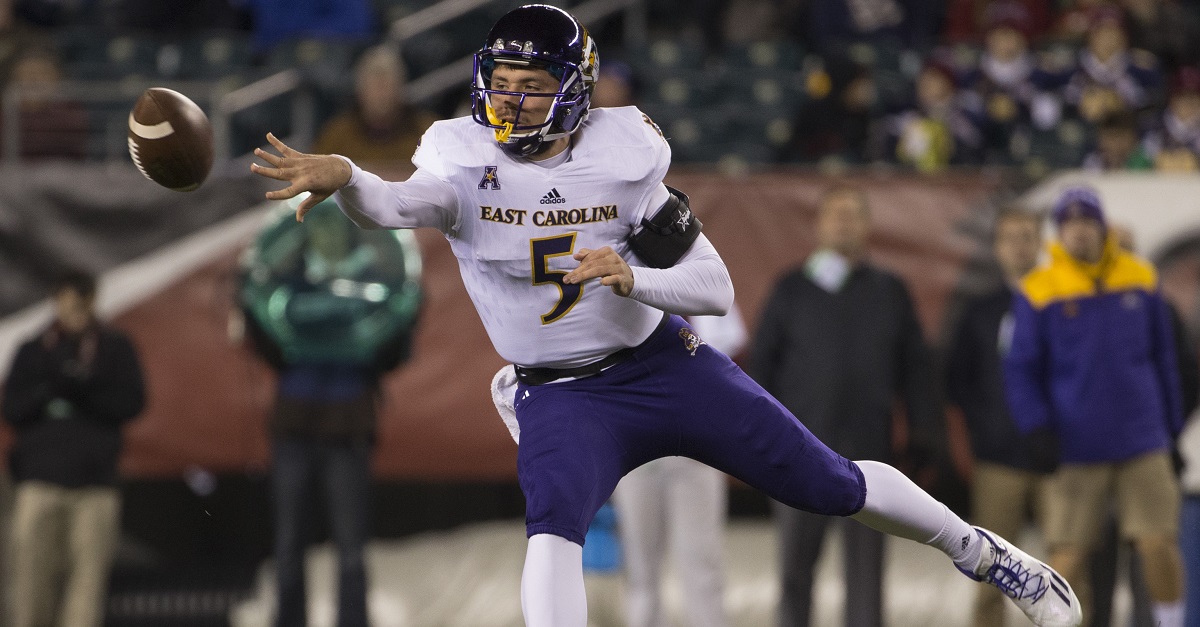 East Carolina’s Gardner Minshew is one of the top graduate transfer quarterbacks on the market, and it appears that Minshew has closed in on a decision.

According to Hank South of 247Sports, Minshew enjoyed a recent visit to Tuscaloosa and he is currently expected to join Alabama over the summer.

While Alabama may seem like an unlikely destination for a quarterback wanting to play one more year — the Tide already have Tua Tagovailoa and Jalen Hurts — playing time might not be the biggest draw for Minshew at Alabama. According to Bruce Feldman of Sports Illustrated, Minshew is interested in becoming a coach once his playing days are over, and for that, there is no better place to learn than from Nick Saban at Alabama.