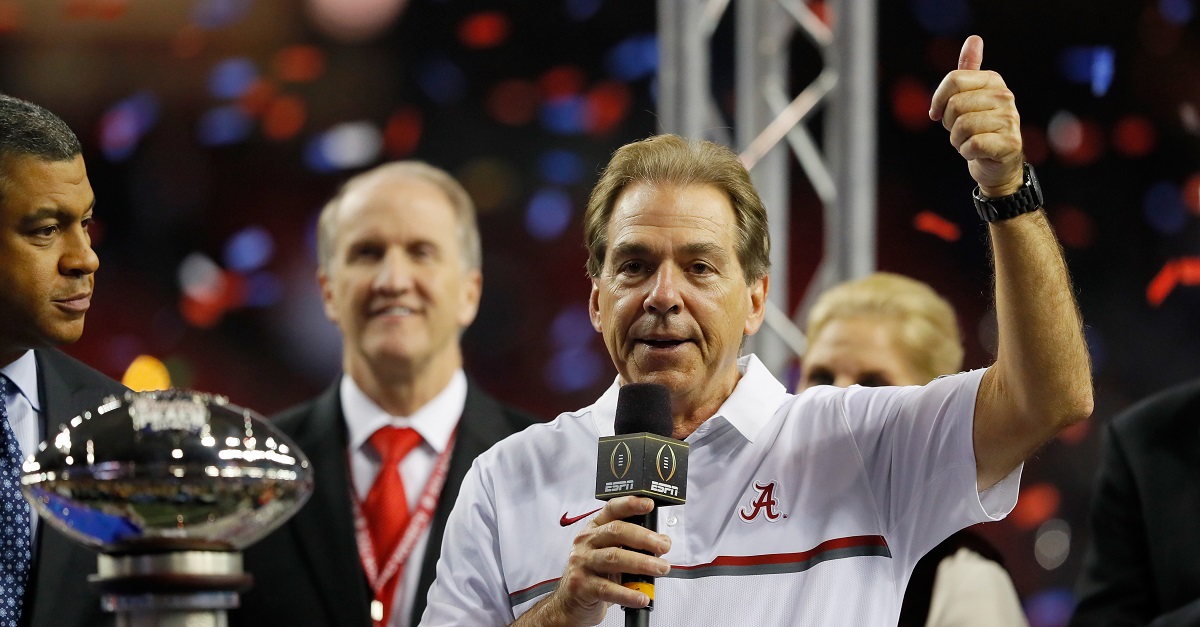 Alabama has officially announced the hiring of former UTSA defensive coordinator and defensive backs coach Pete Golding. He will become the tenth member of the staff, but won’t be allowed to coach on the field until Jan. 9 because of the new NCAA rules.

Here is what coach Saban had to say in a release:

“We are pleased to have Pete and his family join our staff at Alabama. Pete is an exciting young coach, who has an outstanding reputation as both a teacher and recruiter. He will be a great fit in our organization with his knowledge of the game and his ability to relate to student-athletes. We are thrilled to welcome Pete and his family to Alabama.”

It hasn’t been announced if he will officially replace Jeremy Pruitt as the defensive coordinator, but that is the belief right now. According to his UTSA profile, Golding has coached six All-Americans over his decade-long career.