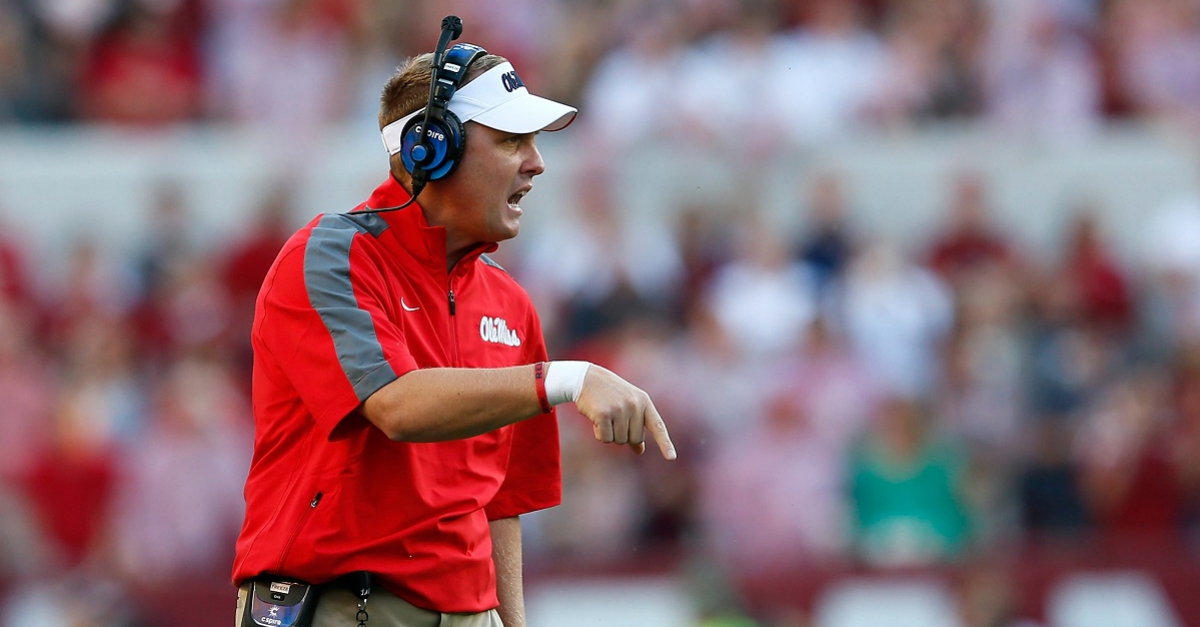 Nick Saban and the Alabama Crimson Tide keep rolling but the program can’t seem to keep an offensive coordinator. That point was driven home again when Brian Daboll fled for the Buffalo Bills and, once again, Saban was left to search for a first lieutenant on the offensive side of the ball.

On Monday, though, Aaron Suttles of TideSports.com shed light on a potential name and it comes in the form of former Ole Miss head coach Hugh Freeze.

“Former Ole Miss coach Hugh Freeze was in Tuscaloosa today and was in the football building, The Tuscaloosa News has learned. Saban has always had a healthy respect for Freeze, who gave Alabama fits with his offense. Freeze was given a head coach restriction and two-game suspension but only if he were to become a head coach. He would face no restrictions as an assistant coach.”

Freeze would be a controversial hire in many ways given how his Ole Miss tenure finished but, as noted above, he would be free to land at Alabama without penalty and multiple sources are confirming the interview.

Will Saban actually hire Freeze? That remains to be seen but he is a talented football coach if you remove the baggage and Alabama has gone in that direction (Kiffin, Sarkisian, etc.) in the recent past.