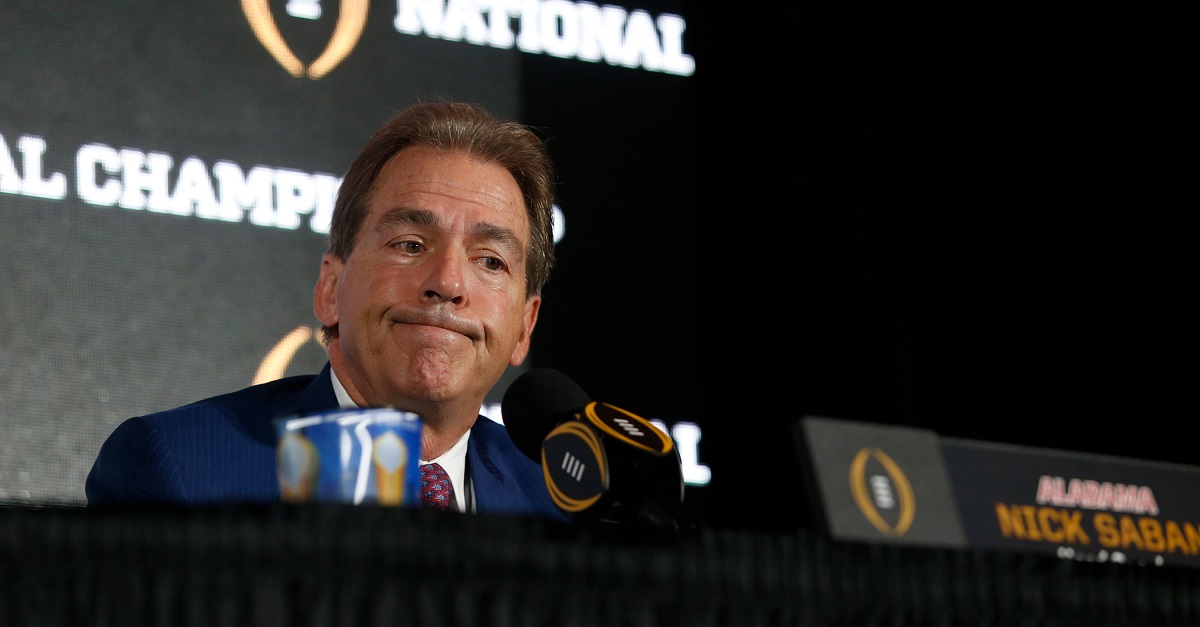 In what is turning into a daily soap opera, a new report states the SEC won’t get in the Alabama Crimson Tide’s way of hiring Hugh Freeze.

On Wednesday, a report from Aaron Suttles of TideSports.com surfaced, stating a few major hurdles stood in the way of Nick Saban bringing over his guy to the program. The gist of the report was concernedAlabama’s need to have the SEC’s approval to make such a maneuver with its coaching staff.

However, CBS Sports college football insider Dennis Dodd is reporting something else.

By way of the CBS report:

“…saying the SEC does not have the ability to stand in the way of Saban hiring Freeze. While an SEC bylaw states a school is supposed to consult commissioner Greg Sankey when it wishes to hire an individual with major NCAA violations, the hiring decision is ultimately made by the school, not the conference.”

This appears to be verbiage semantics. The difference between “consult” and “approval.” Basically, at the end of the day, it is Alabama’s call, but if Freeze has major violations attached to his resume, the school is supposed to “consult” with Sankey — whatever that means.

Alabama has reportedly found its new offensive coordinator. If Freeze is brought in, it likely won’t be for that gig.