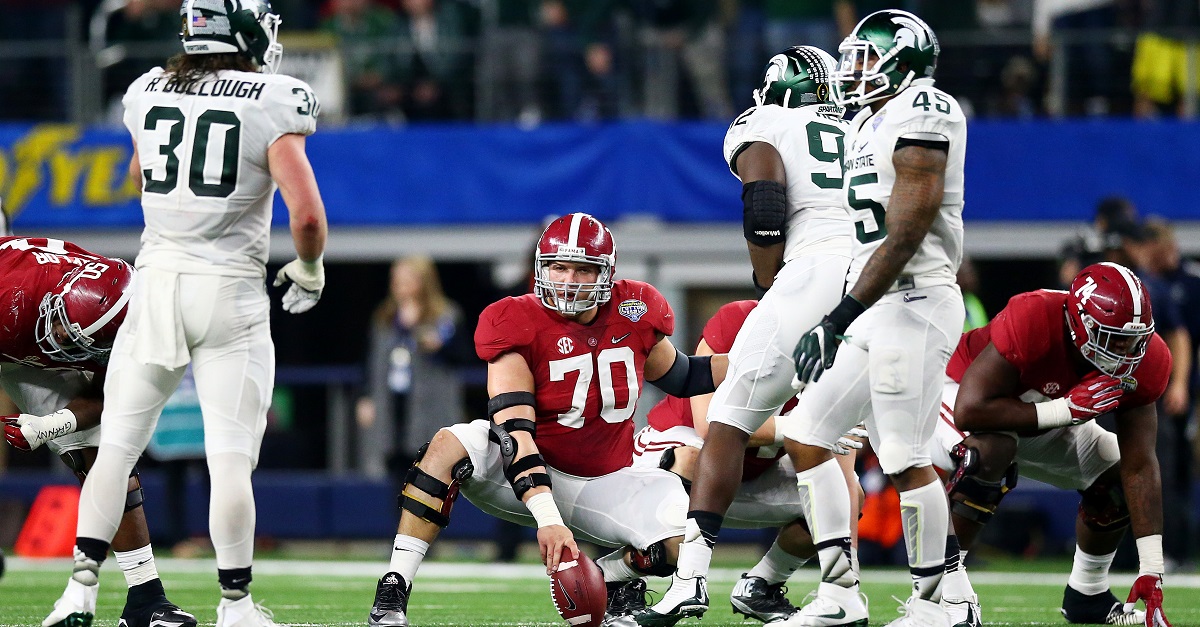 Former Alabama and current Indianapolis Colts center Ryan Kelly was carted off the field during practice on Thursday, and details have started to emerge on the severity of the injury.

According to Stephen Holder of the IndyStar, Kelly is expected to miss “several weeks” after suffering what appears to be a foot injury. However, Kelly could still be ready in time for the Colts’ first regular season game on Sept. 10 against the Rams.

The news should be considered somewhat good for the Colts if Kelly is indeed able to return in time for the regular season. Kelly had become an important piece for the Colts in his rookie year, starting all 16 games last season.

Kelly was drafted in the first round out of Alabama last season, where he was a standout on the offensive line. Kelly was a part of three national titles (2011, 2012, 2015) at Alabama.