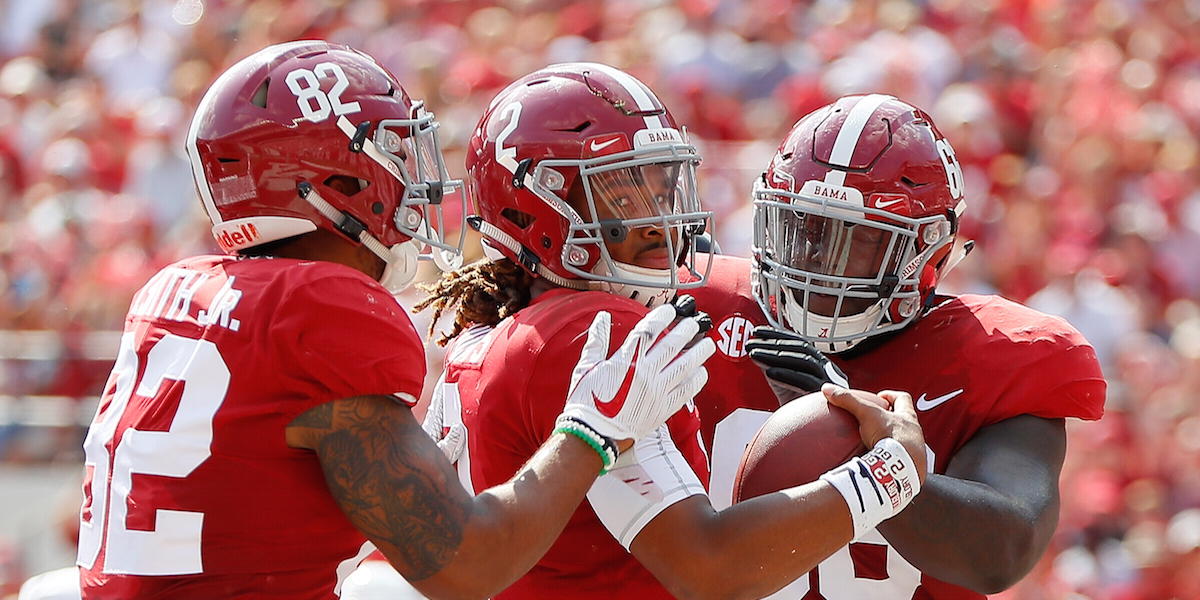 Taylor tweeted during Alabama’s 41-0 rout of Fresno State on Saturday claiming Hurts’ style reminded him of a “guy on Madden” who would run the Hail Mary “every play and just wait till it clears out and run.”

This could be viewed as a negative critique, but it could also be a credit to Hurts’ athleticism. The sophomore finished Saturday’s game with 128 passing yards and a touchdown on 14-of-18, as well as 154 rushing yards and two touchdowns on 10 rushing attempts.

Either way, the Tide rolled to another convincing performance to begin its season with a 2-0 record.