Alabama has officially benched Jalen Hurts in hopes of a comeback 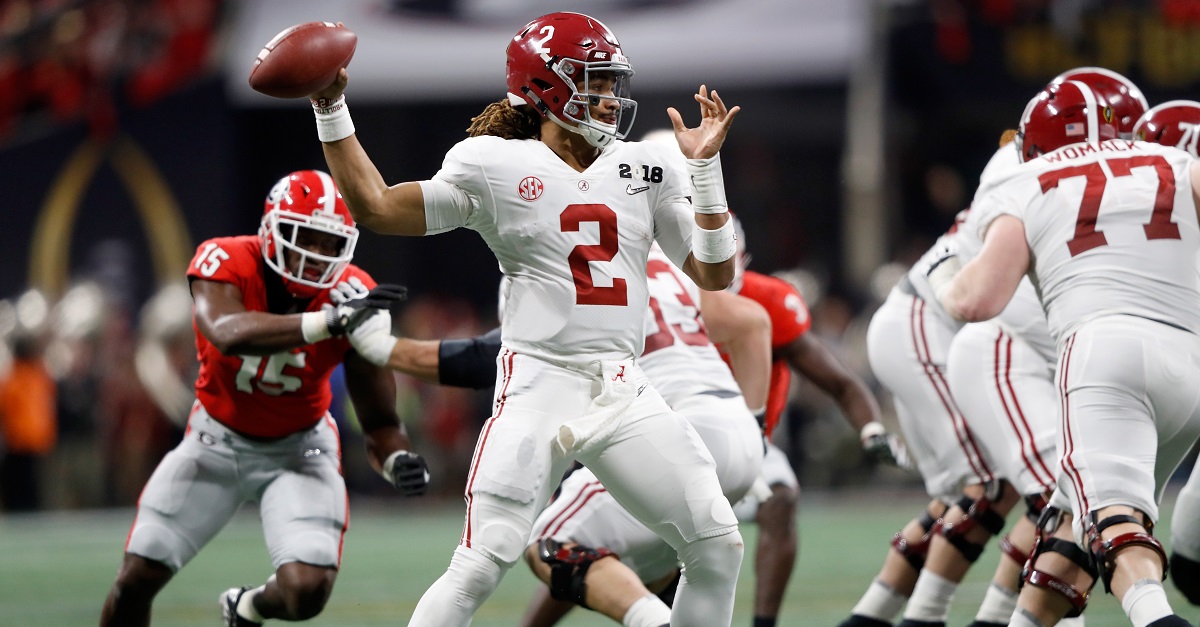 Alabama is struggling against Georgia in the National Championship Game and a big problem has been quarterback play from Jalen Hurts. He went 3-of-8 in the first half for 21 passing yards and that has led coach Nick Saban and his staff to throw true freshman Tagovailoa into the game.

Tua Tagovailoa gets the second half start https://t.co/2fV2WOmBUM

It likely has to do with Alabama being down two possessions too:

Just the 3rd time the Tide have been shut out in the 1st half under Saban.

Just the 2nd time they've trailed by 13+ at the half. pic.twitter.com/JxA9W5JCS7

Either way, Alabama’s defense is going to have to step up to give whoever is at quarterback a chance to come back and win the game. It seems to have gotten the offense going though as he threw a touchdown to get the Crimson Tide on the board.