5-star WR makes it official, will enroll next month at one lucky school 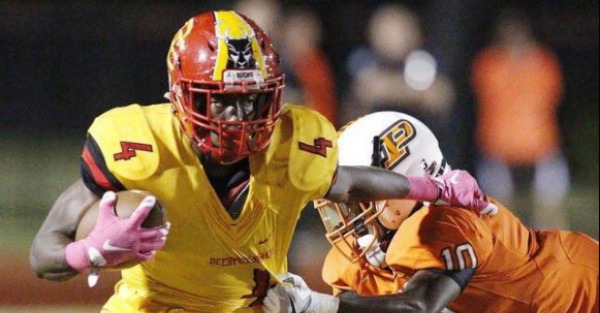 Alabama has added another crown jewel to its class of 2017.

Five-star wide receiver Jerry Jeudy, out of Deer Beach Fla., has reportedly signed his financial aid papers and will enroll at the university in January.

According to 247Sports composite rankings, the 6-1, 177 pound Jeudy is the country’s fourth-ranked receiver and the 25th overall prospect. He chose the Tide over a host of other schools, including Auburn, Florida, Georgia, LSU, Michigan, Miami, Ohio State and Notre Dame.

Jeudy joins four-star wideout Jerrell Shavers as Bama’s other receiver signee for 2017.  He also becomes the sixth commitment, along with Dylan Moses, Major Tennison, Kyriq McDonald, Chadarius Townsend and Thomas Fletcher, to sign financial aid agreements (locking a player in to a scholarship offer) with the school thus far.