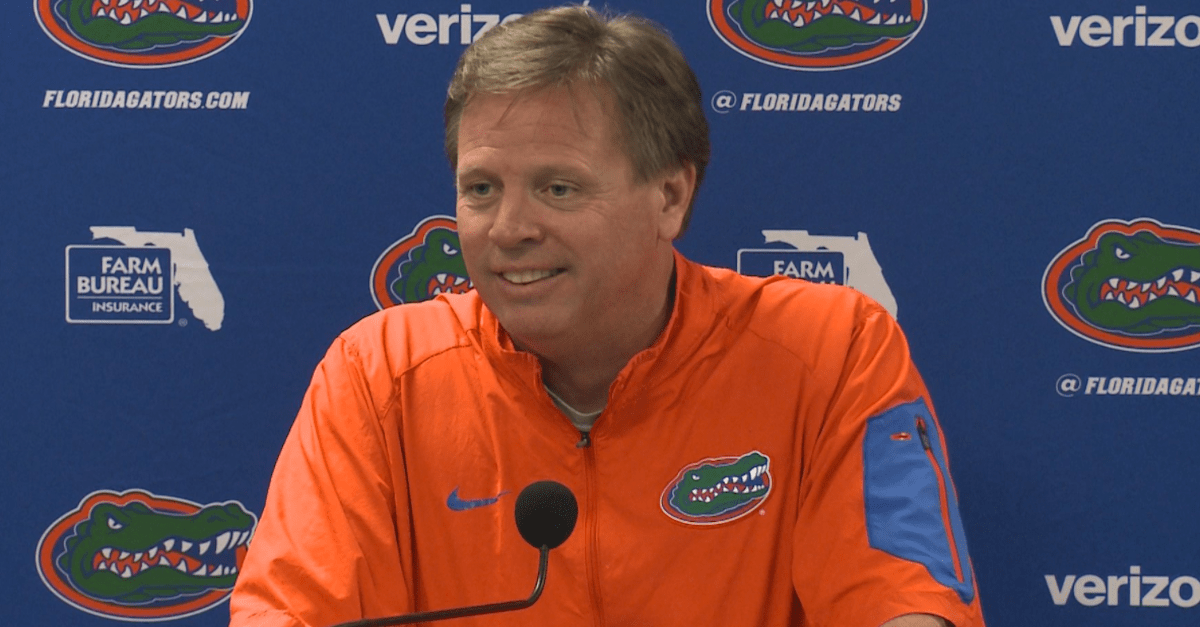 Jim McElwain may be the head coach at Florida but by the way McElwain has talked all week, a part of his heart still lies in Tuscaloosa. McElwain has been singing the praises of Nick Saban and the Alabama Crimson Tide all week ahead of Florida and Alabama’s matchup in Saturday’s SEC Championship.

Earlier in the week McElwain declared watching Alabama’s defense makes him ‘ill’, then it was suggesting this might be Saban’s best team at Alabama, and now McElwain has moved on to declaring Nick Saban the greatest coach in college football.

Mac calls Alabama a team that is "unbelievable". Best coach in college football and a great staff. Honor to go play them again.

Saban had compliments of his own for McElwain,

Saban said McElwain is one of the most likeable guys and one of the best coaches he's ever had on any of his coaching staffs.

Saban said McElwain is a good coach in every way. "He does a great job in preparing," he said.

Both of these coaches clearly hold each other in high esteem, Saturday they will have the chance to face off once again.