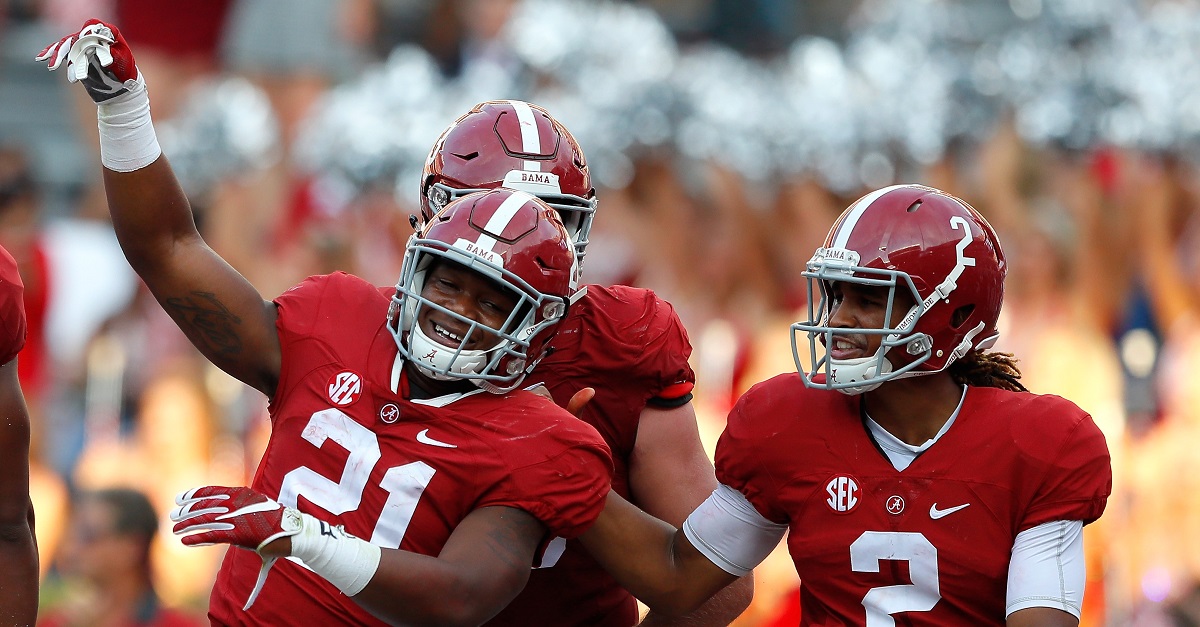 B.J. Emmons was the No. 2 running back in the class of 2016 when he signed with Alabama. There was a strong possibility that he would get on the field early because of the uncertainty at the position and he did. At least for a little bit. He injured his foot in the game against Texas A&M though and didn’t play the rest of the season after undergoing surgery right before the LSU game.

Now he will have to get another surgery for his foot it seems and that could cost him a spot on the depth chart as Najee Harris will be competing for carries with Damien Harris and Bo Scarbrough.

It is unknown how long Emmons will be out rehabbing from his injury. He had 35 carries for 173 yards in the games he did get in and will have until the season opener against Florida State in Atlanta to get back healthy and compete for some first team reps.