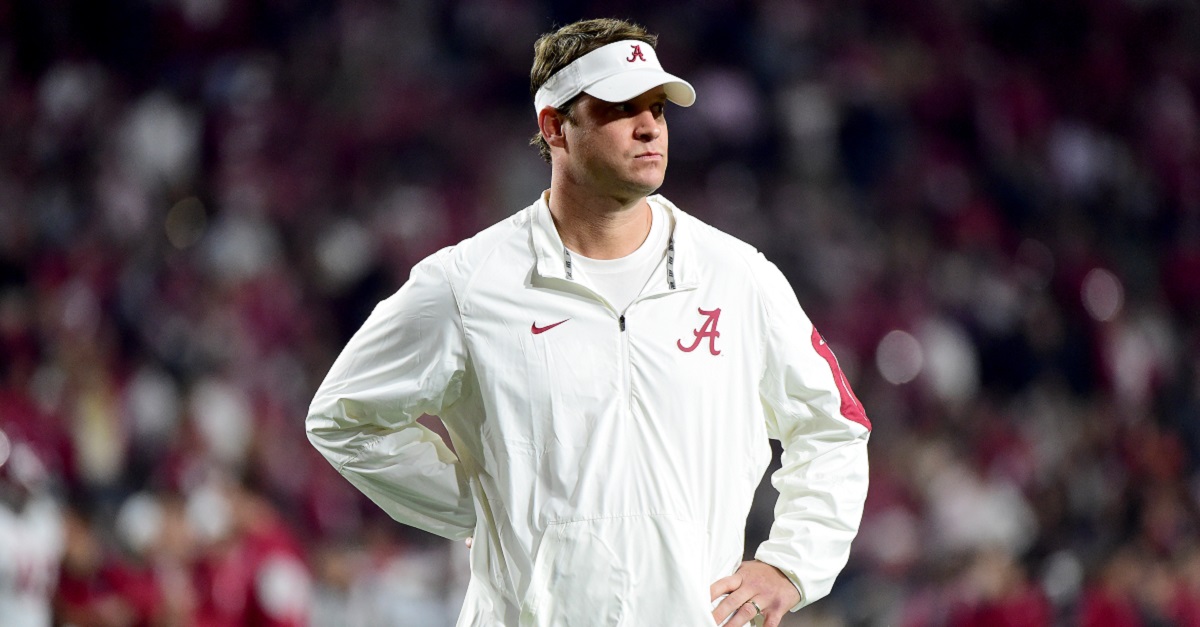 Lane Kiffin is known as an offensive genius and that was still most certainly the case when he was at Alabama. However, he was facing the nation’s best defense in practice during the week and had some trouble scoring at times. That of course, led to some defenders talking a whole lot of trash, but Kiffin always had a weapon up his sleeve. That’s according to a recent profile of Alabama receiver Calvin Ridley by Chase Goodbread.

Players on the school’s vaunted defense, loaded with draft prospects every year, have been known to chide Alabama offensive coordinators who can’t move the ball on them in practice. Lane Kiffin, whose ego as a play-caller and offensive mind has been well-documented, didn’t always appreciate it.

But Ridley was always his best answer.

“If the defense was pounding on us for too long, Kiffin would get pissed,” said Barrineau, a reserve wide receiver for Alabama from 2012 to 2015. “(Cornerback) Tony Brown or someone else on defense would talk some trash to him, like, ‘Kiffin, you can’t even get a first down on us.’ Whenever Lane had had enough, he’d grab Calvin and send in a go route. And Calvin would burn them deep almost every time. That was his best way to make the defense stop talking so much.”

It’s always nice to have a cheat code like that and it’s likely why Ridley finished his career with 2,781 yards receiving and 19 touchdowns. It’s almost like the Double Dribble glitch where jumping into the corner to shoot a three results in a make every single time. Letting Ridley burn a corner every time sounds like it resulted in a good play and presumably, it made the defense shut its mouth for a little bit.