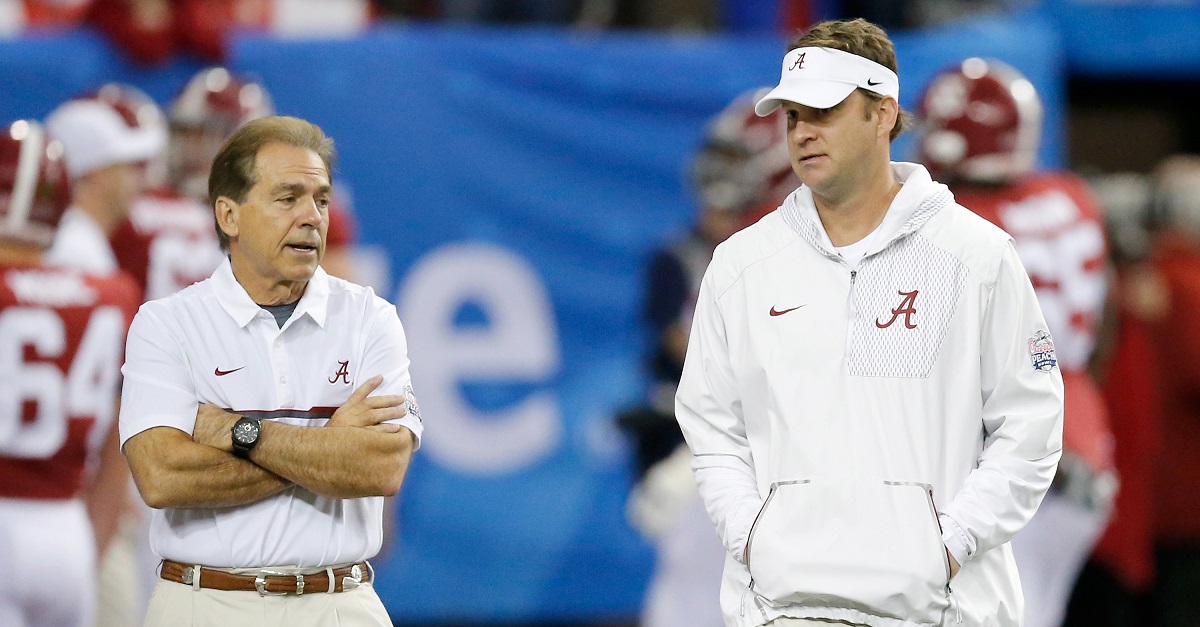 Former Alabama offensive coordinator Lane Kiffin went on the Finebaum Show to give his side of why he and head coach Nick Saban decided to mutually part ways. Kiffin was expected to stay on until the end of Alabama’s championship run, but he decided to leave before the National Championship Game.

RELATED: Nick Saban makes it clear — he wasn’t happy with Lane Kiffin’s effort in Peach Bowl ahead of mutual breakup

Saban made it pretty clear that Kiffin was distracted during the preparation process for the postseason considering he was trying to game plan for Alabama while also figuring out his staff at FAU and trying to recruit for the school. Here’s some of what Kiffin said while on the show:

It sounds like Kiffin is sad about having to move on, but does realize it needs to be done so he can get on with his new job and let Steve Sarkisian take over offensive play call duties. He also praised Saban and thanked him for everything he learned while in Alabama for the last three years: