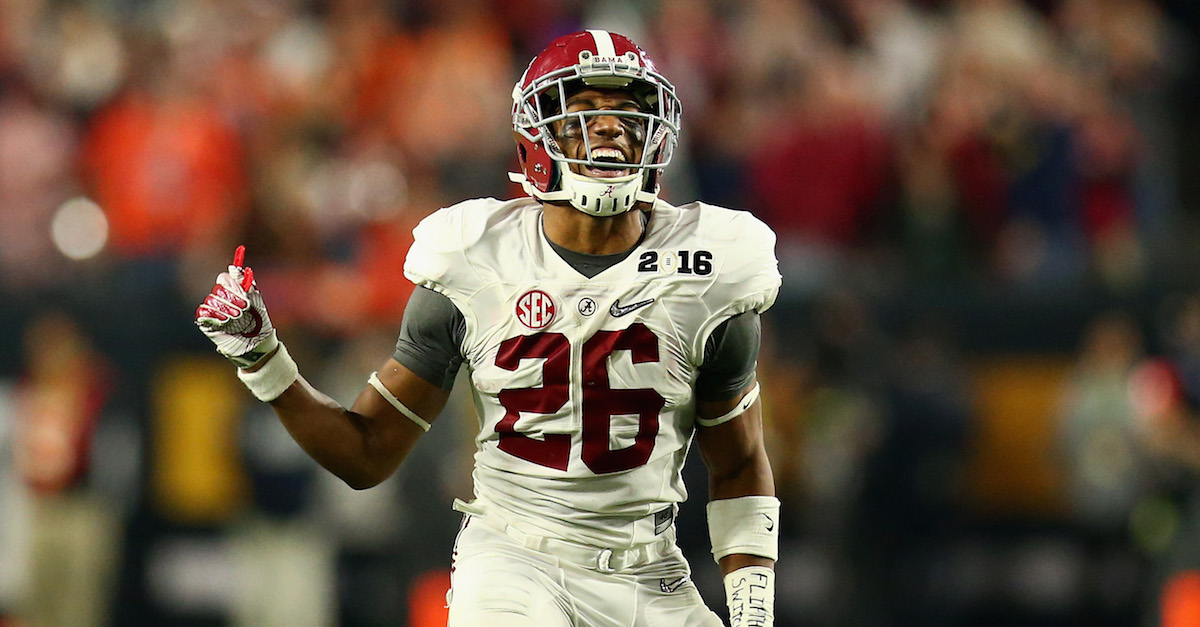 According to the Tuscaloosa County Sheriff’s booking information, via AL.com, Humphrey is charged with 3rd degree robbery. He was arrested in Tuscaloosa on Thursday.

#Ravens statement on CB Marlon Humphrey: “Marlon told us that it was a misunderstanding regarding a $15 telephone charger, which he thought was his. Our understanding is that he has been interviewed by U. of Alabama Police and is cooperating. We are monitoring the situation.”

From the police report, it looks like Marlon Humphrey is accused of stealing a phone charger at a hotel at 3:19 a.m. Jan. 13. Waiting to hear from police whether I'm actually reading this right: pic.twitter.com/wbEhmzUVYJ

Third degree robbery is a Class C felony in the state of Alabama. That means this could be a huge deal for Humphrey from a legal standpoint.

To get a better feel of what he’s being charged with, according to state law, it becomes third degree robbery when:

Oddly enough, the young man tweeted out the following early on Thursday morning:

Only 21, the cornerback was selected in the first round by the Baltimore Ravens last year. A First Team All-American in 2016 while with the Crimson Tide, he appeared in 16 games for Baltimore last season, recording two interceptions in his rookie year.