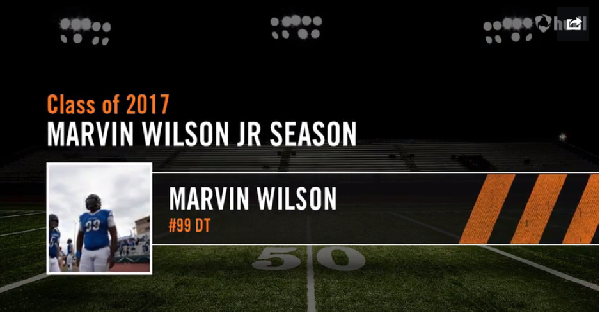 Marvin Wilson announced on Twitter Wednesday that Alabama is back in the mix for his services, but later deleted the tweet.

Wilson is the nation’s top recruit for 2017 and a five-star defensive tackle out of Bellaire, Texas. The Episcopal High School product initially eliminated Alabama as a contender for his services after defensive line coach Bo Davis resigned amid recruiting violation allegations.

Alabama replaced Davis with longtime NFL assistant coach Karl Dunbar and that may have convinced Wilson to change his mind (again) and bring the Crimson Tide back into his top two. Wilson said earlier this year that the ability to start right away at Alabama was what intrigued him the most considering how little depth there is in that unit for Alabama.