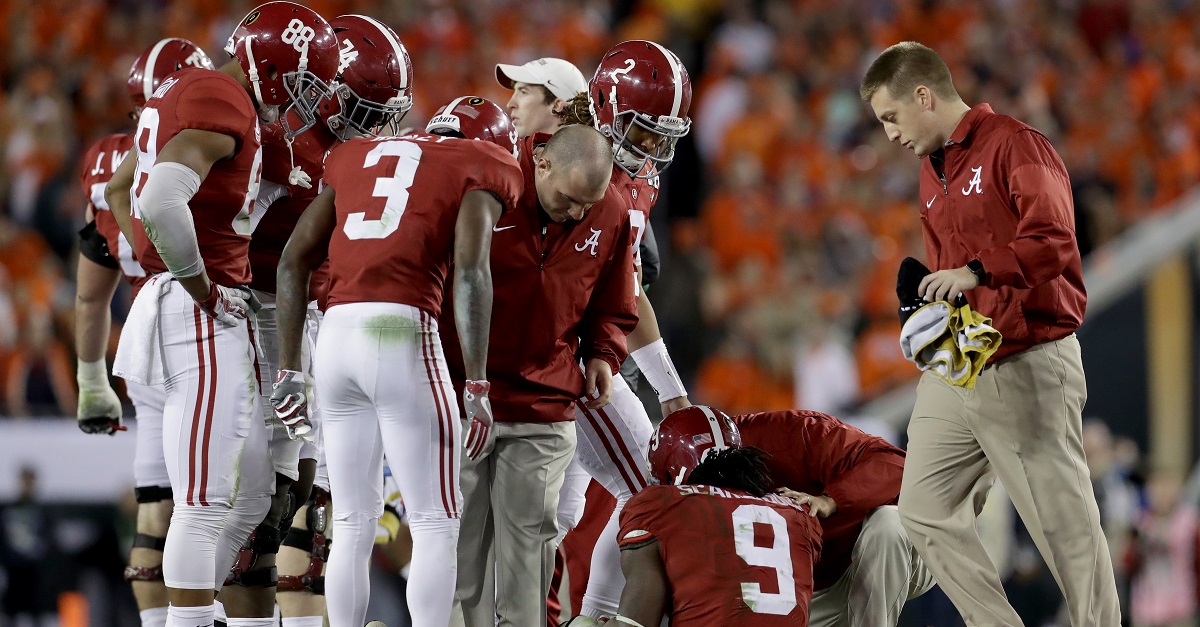 Ronald Martinez/Getty Images
TAMPA, FL - JANUARY 09: Running back Bo Scarbrough #9 of the Alabama Crimson Tide is tended to by training staff after suffering an injury during the third quarter of the 2017 College Football Playoff National Championship Game against the Clemson Tigers at Raymond James Stadium on January 9, 2017 in Tampa, Florida. (Photo by Ronald Martinez/Getty Images)

NFL.com’s Daniel Jeremiah released an updated big board of top 50 prospects for this upcoming NFL Draft — it is not a mock draft by any means — and has catapulted a surprising player into his top 10. He now has former Alabama tight end O.J. Howard as the No. 7 prospect on his board.

Jeremiah says Howard has the size, speed and toughness to play the tight end position at the next level as well as a big catch radius and strong hands. Obviously, all of those things are conducive to catching footballs in the NFL and staying in the league for a long time. However, his stats never really seemed to jump off the page, except for the National Championship Game when he really showed out.

The 6’6″, 250-pound tight end finished his four-year career with 114 total receptions, 1,726 receiving yards and seven touchdowns. NFL.com’s mock draft from its four draft experts has him all over the place potentially going No. 20 the Broncos, No. 12 to Cleveland, No. 13 to the Cardinals and No. 29 to the Packers. However, none of those picks are top ten so to have him as the seventh-best prospect in the draft seems like a bit of a reach.