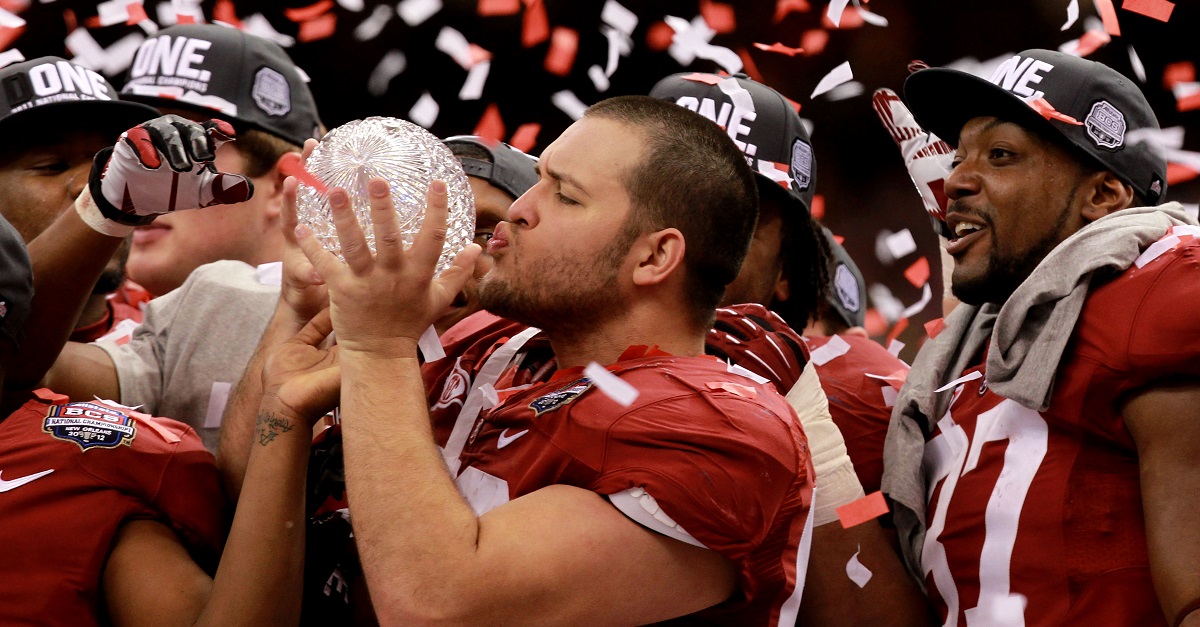 Former two-time BCS National Champion Nick Gentry has been in the coaching ranks since his time at Alabama came to an end in 2011. He started as an analyst for Tennessee the very next season, but has been with FCS Jacksonville State as an outside linebackers and defensive ends coach for the Gamecocks. However, now he’s back at the FBS level with his newest job.

Gentry will join UAB as an outside linebackers coach and become the 10th assistant coach for the Blazers, completing their staff. Head coach Bill Clark has actually coached Gentry before as his coach at Prattville High School in Alabama.

?Nick is an excellent fit for our program and for the players he will be coaching,? Clark said in a statement. ?He brings championship experience as a player and a coach and is going to be a major asset for UAB football.?

Gentry played for the Crimson Tide from 2007 to 2011 and won two BCS National Championships while he was there — 2009 and 2011. In 2011, he was named Alabama’s?s Co-Defensive MVP along with Courtney Upshaw while helping lead UA to a national title victory over LSU in the Allstate Sugar Bowl.