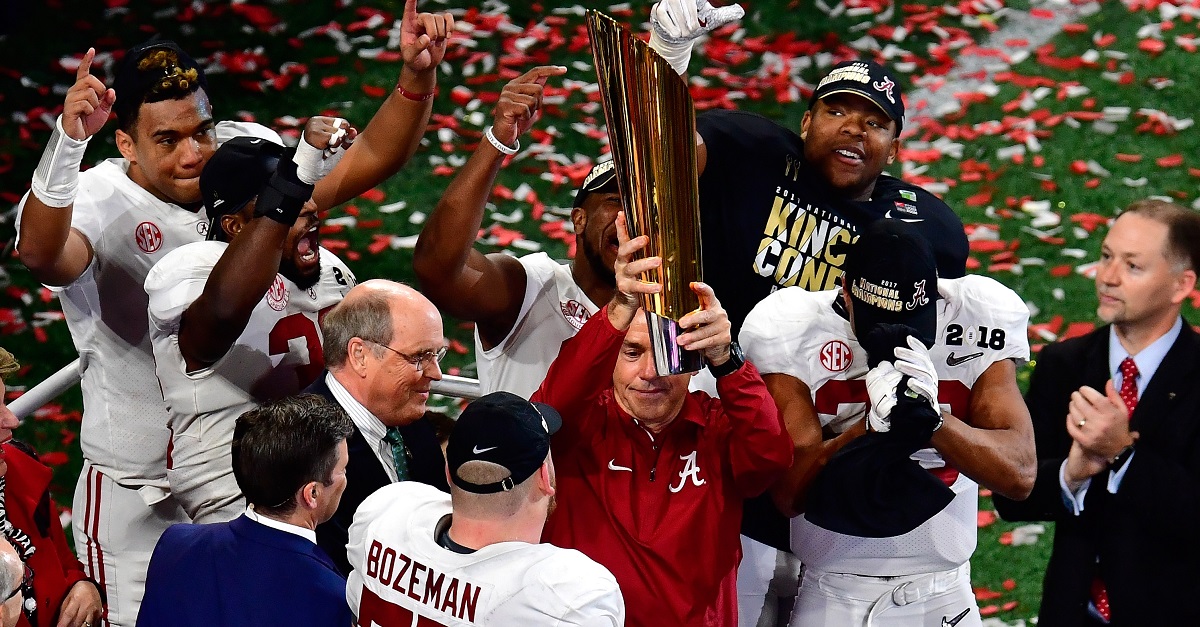 Alabama coach Nick Saban revealed the postgame conversation he had with quarterback Tua Tagovailoa regarding a crucial overtime sack he took during the Tide’s national championship win over Georgia in January.

?I asked Tua after the game, I said, ?Why did you take a sack when we needed a field goal to stay in the game?? He said he just needed more room to throw the ball,? Saban said over the weekend at a Mercedes VIP event via AL.com. ?That?s how it happened.?

Apparently, the true freshman quarterback had more than enough room to throw a 41-yard touchdown to DeVonta Smith for a game-winning touchdown on the ensuing play.

Tagovailoa took over for starter Jalen Hurts during Alabama’s first possession of the second half and threw for three touchdowns, while leading the Tide back from a 13-0 deficit and earning MVP honors.