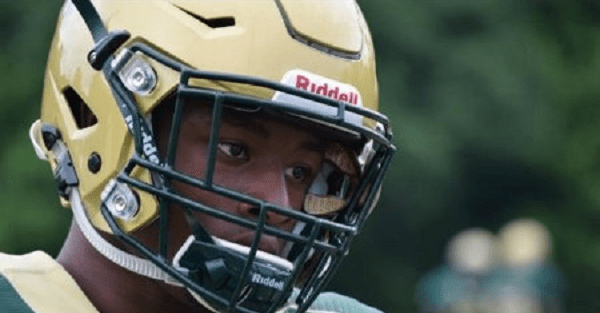 According to Kirschner, Pappoe said that the Tide has “been gaining ground in recent weeks” due in large part to a push by outside linebackers coach Tosh Lupoi.

Pappoe ranks as the No. 1 outside linebacker, No. 2 player from the state of Georgia and the No. 5 overall prospect for the 2019 national recruiting cycle, according to the 247Sports Composite.

The Bulldogs are currently the favorite to land the five-star prospect, with 80 percent of the 247Sports Crystal Ball predictions, while Florida State has 15 percent and Tennessee has the other five percent.

Pappoe also confirmed to SEC Country that he plans to visit Tennessee this month. GoVols247’s Ryan Callahan confirmed that the upcoming trip will take place on Jan. 13.