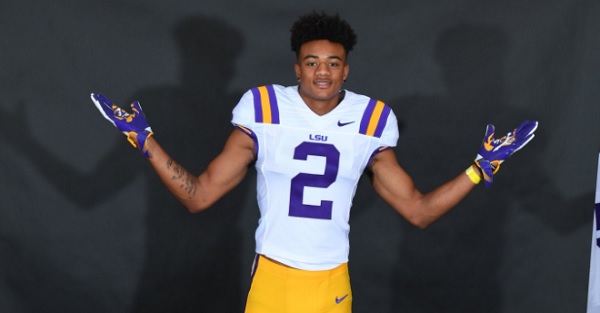 Five-star cornerback Patrick Surtain Jr. (6-foot-1, 199 pounds) announced his commitment to Alabama during a ceremony at his high school, American Heritage, as part of ESPNU’s live coverage of National Signing Day on Wednesday.

“It’s the culture of it over there,” Surtain said. “They win championships, over here we’re used to winning so I want to be a part of that winning culture.”

Surtain, who entered National Signing Day as the top uncommitted prospect chose Alabama over LSU, Clemson and Miami. The elite cornerback made official visits to all four schools since Jan. 12.

Surtain, the son for former Pro Bowler Patrick Surtain Sr., ranks as the No. 1 cornerback, No. 2 player from the state of Florida and the No. 6 overall prospect for the 2018 national recruiting cycle, according to the 247Sports Composite.