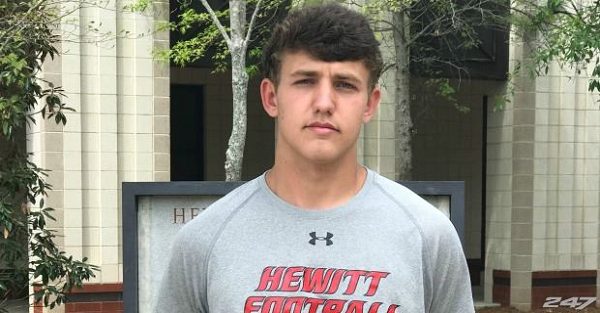 Paul Tyson is one of the bigger names in the football recruiting world, not necessarily because of his ranking, but because he is the great-grandson of famous coach Bear Bryant. He’s gotten some big offers from schools like Wisconsin and Notre Dame and now he’s got another big offer from the only school Bear Bryant fans will care about.

Extremely blessed to receive an offer from the University of Alabama‼️All Glory to God🔴⚪️🐘#RollTide pic.twitter.com/kZBeWzCDkc

He got the offer while he was on an unofficial visit to Alabama and now all of the Crimson Tide fans can relax. There was some talk about him potentially playing elsewhere, but with an offer from Alabama you have to believe he ends up there considering all the history that surrounds his family.

All seven of the predictions made on where he will go are in favor as Alabama in 247Sports’ crystal ball. The 6-foot-4, 210-pound pro-style passer threw for 3,392 yards and 36 TDs for Hewitt-Trussville (Alabama) this past season. ESPN has the 2019 recruit ranked as a four-star quarterback and the No. 6 player at the position as well as the No. 6 player in the state of Alabama.