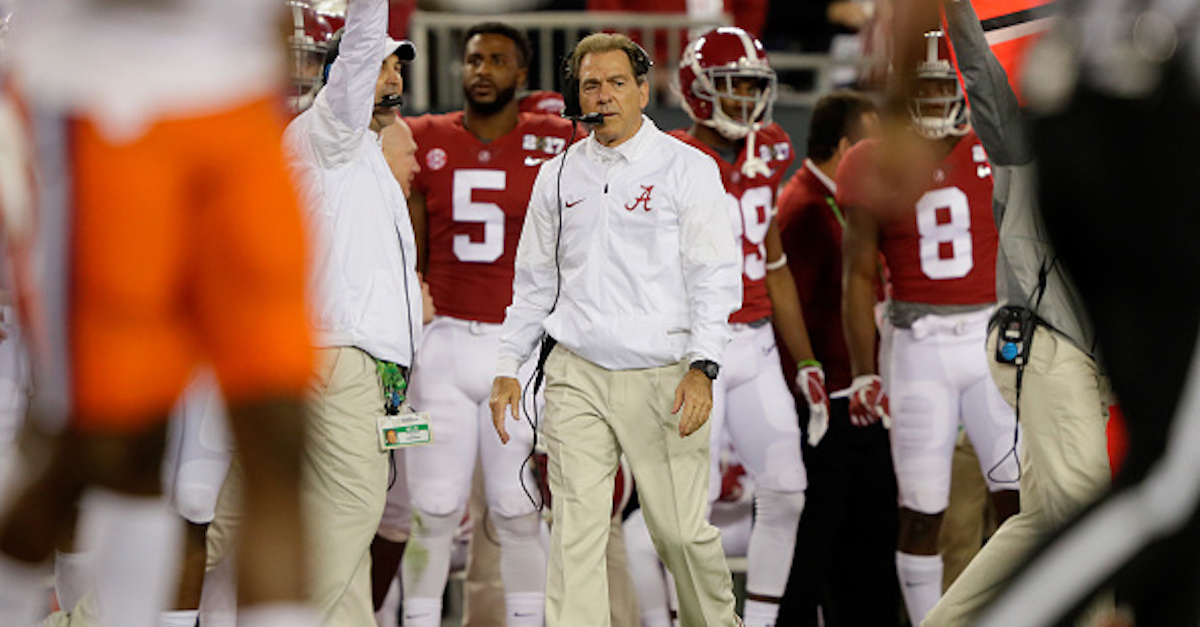 That setup means that it becomes quite controversial if anyone does not have the Tide at the top of the heap, but SEC Network personality Peter Burns did not let that stop him from putting a team ahead of Alabama.

.@PeterBurnsESPN has Oklahoma #1 ahead of Bama. He's hosting @finebaum today.

Sending Burns into the fray to host Paul Finebaum’s show with this information on the table is a bold choice, especially given the audience that usually tunes in to that particular program. With that said, Oklahoma does have arguably the best win in the country this season with their thrashing of Ohio State on the road and the Sooners did get two AP first-place votes after that performance.

Burns isn’t “wrong” at this juncture, but he is certainly going out on a limb and picking against Alabama is usually a perilous exercise. Only time will tell but both teams will be back in action this week to provide some more information. The Crimson Tide host Colorado State while the Sooners host Tulane.