Report: One team may be interested in trading for quarterback of the future, AJ McCarron 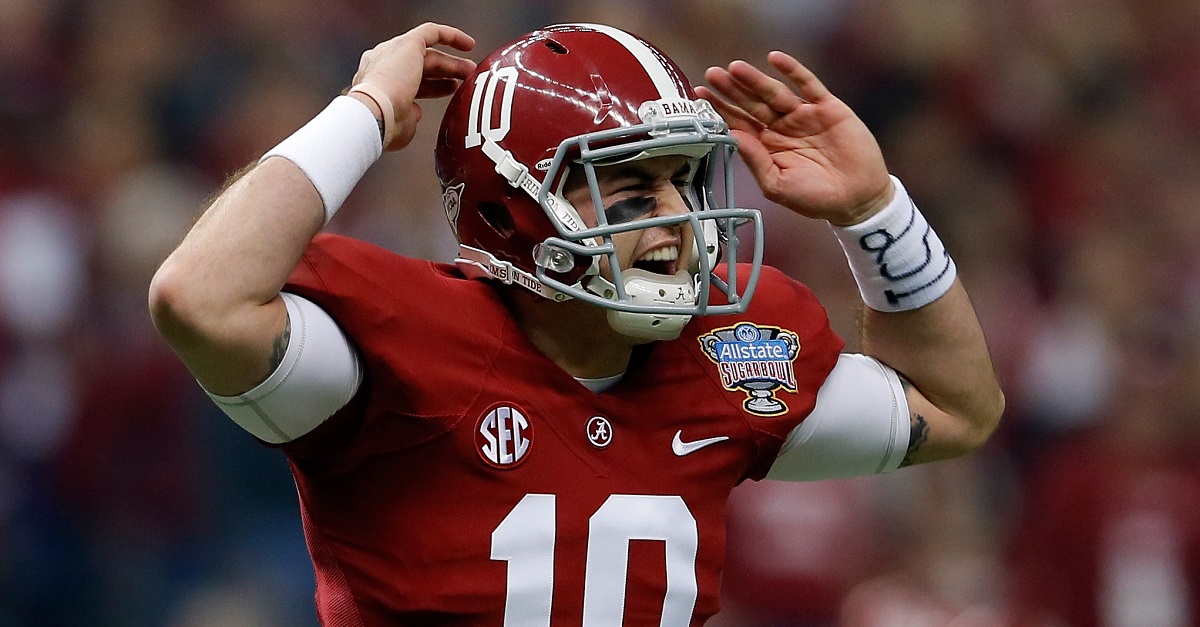 AJ McCarron has appeared in just six games over his two seasons since leaving Alabama, and his time may be coming to finally take the reigns of an NFL franchise.

According to NFL.com’s Ian Rapoport, if New England Patriots’ Jimmy Garoppolo’s price tag is too high, the Cleveland Browns could shift their focus on former Tide quarterback McCarron.

For what would be expected to be a lower price tag, Browns head coach Hue Jackson worked with McCarron during his time in Cincinnati.