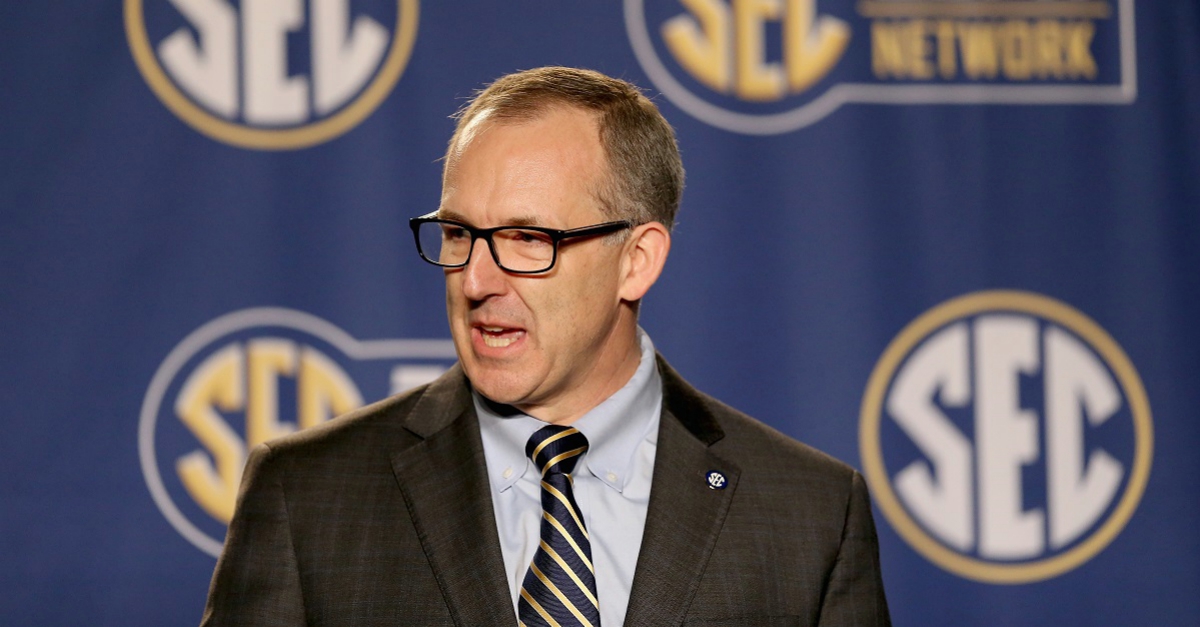 during the quaterfinals of the SEC Basketball Tournament at Bridgestone Arena on March 13, 2015 in Nashville, Tennessee.

Alabama has been celebrating their latest national title ever since they won it a couple of weeks ago in a thrilling championship game over Clemson. On Saturday, the Crimson Tide had an “official” celebration in Tuscaloosa, which featured an appearance from SEC commissioner Greg Sankey.

Here’s what Sankey had to say:

"People wondered if the SEC was still the best conference in college football… No one is wondering anymore." pic.twitter.com/mBgtBjYWox

Well, after a 9-2 performance in bowl season and another national title, it is hard to really disagree with Sankey here about the SEC being the best conference in college football. Fans of other conferences might not like it, but until a viable contender presents itself and is able to consistently win titles, the SEC is going to be able to say whatever they want.