Steve Sarkisian explains why he left Alabama for the Atlanta Falcons 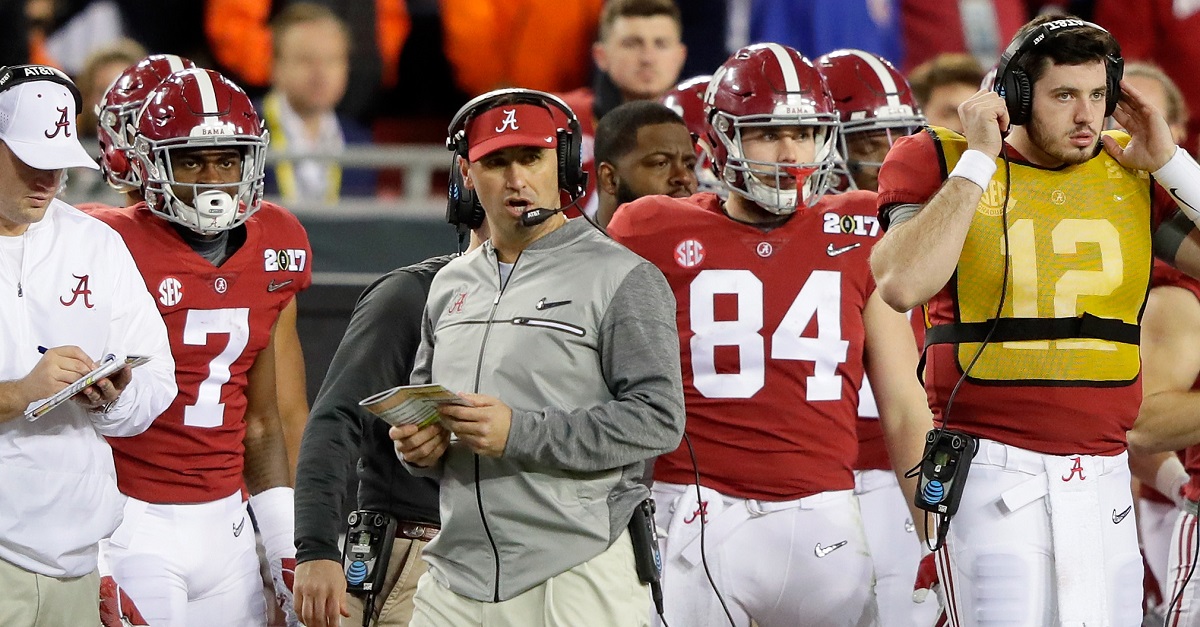 Jamie Squire/Getty Images
TAMPA, FL - JANUARY 09: Offensive coordinator Steve Sarkisian of the Alabama Crimson Tide stands on the sideline during the second half of the 2017 College Football Playoff National Championship Game against the Clemson Tigers at Raymond James Stadium on January 9, 2017 in Tampa, Florida. (Photo by Jamie Squire/Getty Images)

Steve Sarkisian shocked the football world on Tuesday when it was announced that he would be leaving Alabama in order to take the vacant offensive coordinator position with the Atlanta Falcons. Sarkisian was only a month into his job with Alabama, and it seemed like he would be there for at least a few seasons before another big opportunity opened up for him.

However, Sarkisian explains why he made the jump, and he say it has everything to do with perceived opportunity with the Falcons.

“With the decision to leave, when you get this type of opportunity to come to a team that just competed in a Super Bowl that was a play away from winning the Super Bowl and the talent they have offensively,” Sarkisian said. “Working with Dan (Quinn), it wasn’t something I could pass up.

Sarkisian had some connections with the Falcons that existed before he took the job. Falcons head coach Dan Quinn is a disciple of Pete Carroll, who originally hired Sarkisian as an assistant at USC back in the day. Sarkisian also spent some time with the Falcons during their training camp before he later took an analyst spot with the Crimson Tide.